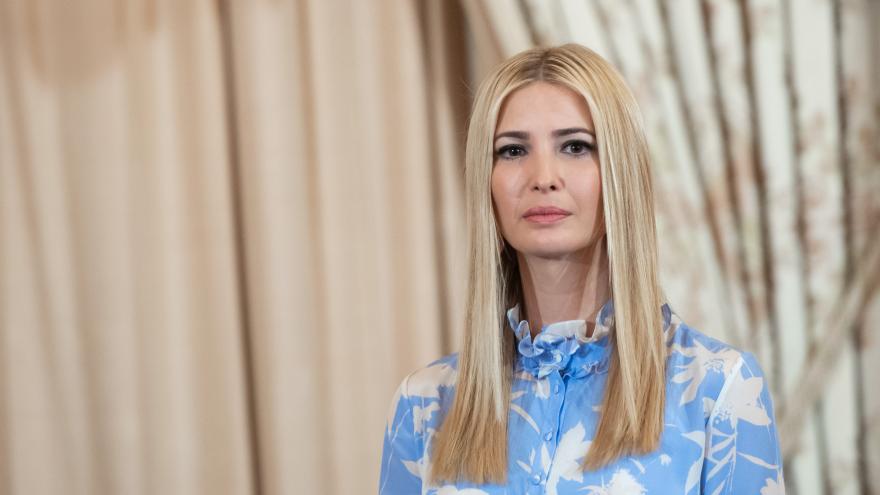 (CNN) -- Ivanka Trump, the President's eldest daughter and a White House adviser, would not commit to staying in Washington, DC, and remaining part of the administration if her father won reelection in 2020, saying that her decision would be determined by what's best for her children.

"I am driven first and foremost by my kids and their happiness. So that's always going to be my top priority. And my decisions will always be flexible enough to ensure that their needs are being considered first and foremost. So they will really drive that answer for me," Trump told CBS News in an interview taped December 19, when asked about her future in Washington.

After her father's 2016 presidential election win, Ivanka Trump and her husband Jared Kushner in January 2017 bought a house in the nation's capital, making the move from New York City. She became a full-time adviser in the White House that March and faced criticism over her lack of prior government experience.

In her interview with CBS released on Friday, Trump called a lot of her work "unfinished," saying: "We've done so much, but it's not enough yet."

"I think for me, I came down here -- it's about the impact," she said. "It's about being able to deliver for the forgotten men and women that I met over the course of two years as I campaigned around this country."

She added later that "the day I walk into the West Wing and I don't feel a shiver up my spine is the day I've been here too long."

"And I still, every day, feel a tremendous humbling and sense of privilege that I'm able to do the work that I came to Washington to do, that the President's empowered me," Trump said.