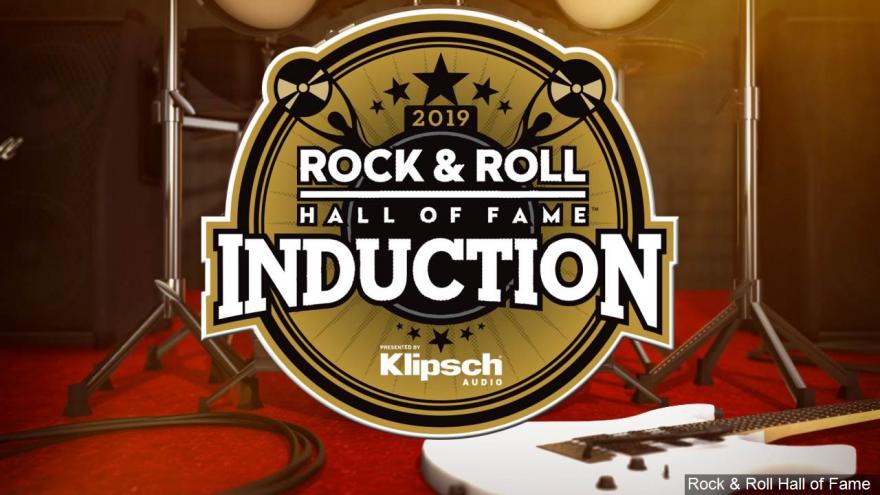 NEW YORK (AP) — Janet Jackson, Stevie Nicks and a quintet of British bands are being honored with induction into the Rock & Roll Hall of Fame on Friday at Brooklyn's Barclays Center.

The rock bands — Def Leppard, Radiohead, the Cure, Roxy Music and the Zombies — represent a variety of styles and eras.

Jackson will join her brother Michael and the rest of the Jackson 5 as members of the rock hall. Singer Janelle Monae is lined to induct Jackson, whose hits include "What Have You Done For Me Lately," ''All For You" and "That's the Way Love Goes."

There's some potential for awkward vibes, since the event is being filmed for later airing on HBO — the same network that angered the Jackson family this winter for showing the documentary "Leaving Neverland," about two men who alleged Michael Jackson abused them when they were boys.

Nicks is already in the hall as a member of Fleetwood Mac, but she joins a more exclusive club of double inductees in being saluted for solo work like "Edge of Seventeen," ''Stand Back" and her duet with the late Tom Petty, "Stop Draggin' My Heart Around." Harry Styles is inducting her.

David Byrne is inducting Radiohead, who have established a record of creativity and pop success since the 1997 album "OK Computer" and are still active today.

Def Leppard sold tons of records, back when musicians used to do that, with a heavy metal sound sheened to pop perfection on songs like "Photograph" and "Pour Some Sugar on Me." Queen's Brian May will induct them.

The Cure's hitmaking peak was in the 1990s. The former goth rockers fronted by Robert Smith proved potent pop songwriters through songs like "Friday I'm In Love" and "Boys Don't Cry." Trent Reznor will induct them.

The stylish Roxy Music came out of the 1970s, led by Bryan Ferry and Brian Eno, who became a renowned producer. Their biggest hit was "Love is the Drug." A couple of other rockers who played close attention to their style, Simon Le Bon and John Taylor of Duran Duran, are inducting them.

The Zombies hail from rock music's original British Invasion in the 1960s, and Bangle frontwoman Susanna Hoffs will induct them.