January 6 committee has emails between Ginni Thomas and John Eastman 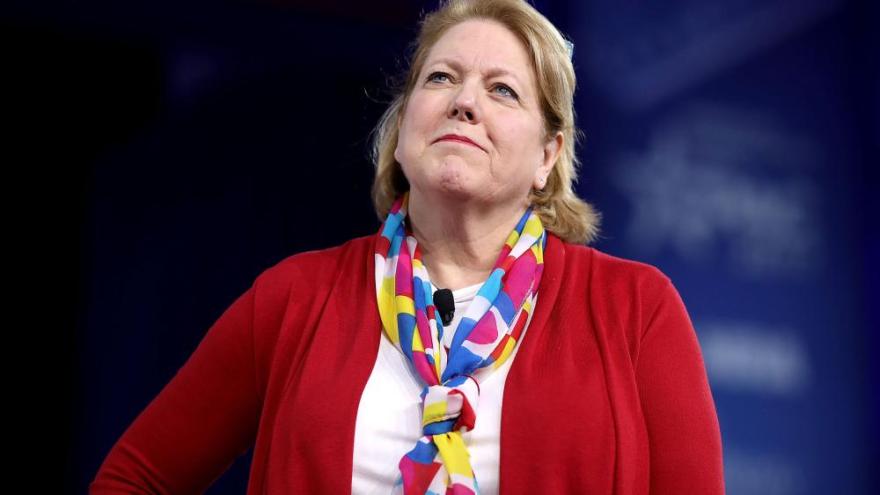 The House select committee investigating the January 6, 2021, US Capitol attack is in possession of email correspondence between conservative attorney John Eastman and Virginia "Ginni" Thomas, a conservative activist who's the wife of Supreme Court Justice Clarence Thomas, a source familiar with the committee's investigation told CNN.

(CNN) -- The House select committee investigating the January 6, 2021, US Capitol attack is in possession of email correspondence between conservative attorney John Eastman and Virginia "Ginni" Thomas, a conservative activist who's the wife of Supreme Court Justice Clarence Thomas, a source familiar with the committee's investigation told CNN.

The source who spoke with CNN would not provide details on the emails' contents or say if they were direct messages between the two or part of a larger group correspondence. The Washington Post first reported on the emails.

A separate source said the emails were part of a tranche of messages provided to the committee after a federal judge ruled that Eastman's correspondence was pertinent to the committee's work investigating former President Donald Trump and efforts to overturn the 2020 presidential election in the months leading up to January 6.

There is some discussion about adding Thomas' role in the effort to overturn the election results to some of the committee's upcoming public hearings, but the sources cautioned that the panel's schedule is already very full and there is currently no plan.

Thomas did not respond to a CNN request for comment. Attorneys for Eastman declined to comment, as did a spokesperson for the House select committee.

Democratic Rep. Pete Aguilar of California, a member of the committee, would not confirm that it was in possession of the emails but told CNN's Anderson Cooper on Wednesday night that the hearings would include only content the committee thought was specific to the focus of its investigation.

"The committee won't be shy about seeking additional information from people that have information relevant to the investigation," Aguilar told Cooper in response to a question about adding Thomas to the committee's hearings.

"We're not talking about specifics, but these hearings are pretty well firm and locked in, and we look forward to piecing this puzzle together for the American public and sharing what we know to date," the California Democrat continued.

Eastman was the architect of a pressure campaign surrounding then-Vice President Mike Pence. He argued that Pence had the legal authority to stand in the way of the certification of the election results. It was a theory Pence ultimately rejected -- to the ire of Trump and his supporters. Eastman also once served as a clerk to Clarence Thomas.

As previously reported by CNN, Ginni Thomas was in regular contact with then-Trump chief of staff Mark Meadows between Election Day and January 6, encouraging him to keep up the effort to overturn the election results.

Thomas has repeatedly said that her political activism has nothing to do with her husband's work on the Supreme Court.

Clarence Thomas participated in Supreme Court cases related to 2020 election controversies and, in one February 2021 opinion, dissented as the full court declined to take up a challenge to Pennsylvania's mail-in voting procedures. He demonstrated support for the claim that election fraud is a threat to America.

"We are fortunate that many of the cases we have seen alleged only improper rule changes, not fraud. But that observation provides only small comfort," he wrote. "An election free from strong evidence of systemic fraud is not alone sufficient for election confidence." No other justice joined his opinion.

This past January, Thomas dissented alone as the court allowed the National Archives to release thousands of documents from the Trump White House to the January 6 committee, over the former President's attempt to assert executive privilege.

Thomas has refused to recuse himself in 2020 election-related cases.

Sources said the House select committee has contemplated making Ginni Thomas' role in the attempt to overturn the election part of its investigation, but it has yet to call her in to testify or to issue her a subpoena.

Wednesday night, The New York Times reported that Eastman claimed in December 2020 that there was a "heated fight" among Supreme Court justices over whether to hear arguments about efforts by the then-President to overturn the 2020 election results, and another pro-Trump attorney suggested that "'wild' chaos" on January 6 could prod the high court to take action.

In an exchange on December 24, 2020, John Eastman spoke of the supposed infighting in an email to Kenneth Chesebro and Trump campaign officials, hoping it would encourage Supreme Court justices to hear an election case, the Times reported, citing two people briefed on the contents of the email.

"So the odds are not based on the legal merits but an assessment of the justices' spines, and I understand that there is a heated fight underway," Eastman reportedly wrote, referencing the process of at least four justices being needed to take up a case. He added, "For those willing to do their duty, we should help them by giving them a Wisconsin cert petition to add into the mix."

According to the Times, Chesebro replied, "odds of action before Jan. 6 will become more favorable if the justices start to fear that there will be 'wild' chaos on Jan. 6 unless they rule by then, either way."

The exchange was part of a group of emails obtained by the House select committee investigating the riot at the US Capitol, the Times said, and it took place days after Trump himself called for a "wild" protest at the Ellipse near the White House on January 6, 2021, the day the electoral votes were set to be certified by Congress.

CNN has not confirmed the report and it is unclear what actual insight, if any, Eastman had into deliberations among Supreme Court justices.

CNN has reached out to the Supreme Court for comment, and the January 6 committee declined to comment Wednesday night. Chesebro and a lawyer for Eastman did not respond to the Times' requests for comment.

In the email exchange, there was a request that the Trump campaign pay for the effort to get a case before the high court and it may have been denied, the Times also reported.

Asked about the email exchange, Maryland Rep. Jamie Raskin, a Democrat and member of the January 6 committee, said Thursday that the email "does suggest that there were at least some people maneuvering in right-wing legal circles to try to push the Supreme Court into action."

Raskin also told CNN's "New Day" that if there is evidence of Eastman's comments about what was happening among the Supreme Court justices, "We will report that he said that."

"That doesn't necessarily mean it's true," Raskin cautioned. "He could have been lying about what he knew on the inside. On the other hand, perhaps he had some backchannel connection to the Supreme Court, and we want to ferret that out if that's true. To determine whether, you know, the same people who were establishing a backchannel to the Proud Boys, the Oath Keepers, the Three Percenters, and the domestic violent extremist movement also had a backchannel, somehow, to the Supreme Court of the United States of America."