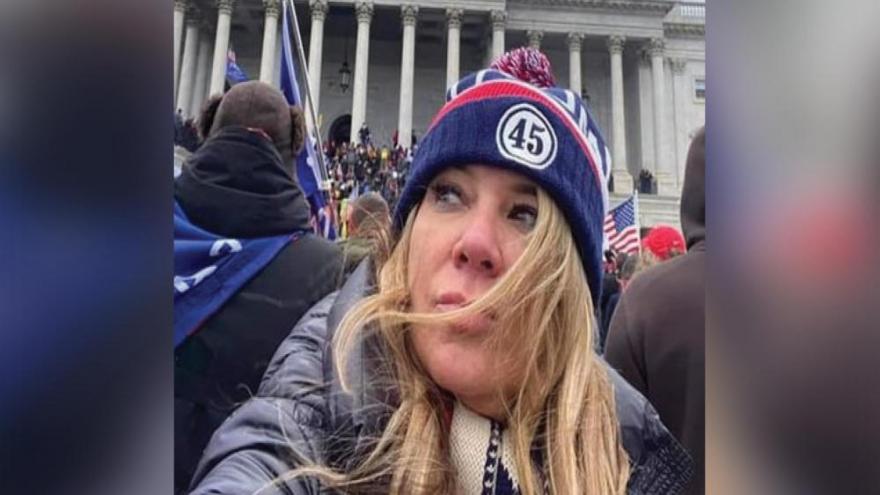 A Texas real estate agent who previously claimed she was "definitely not going to jail" for storming the US Capitol on January 6 was sentenced to 60 days behind bars on Thursday -- the harshest punishment so far for a rioter who has pleaded guilty to a misdemeanor offense.

(CNN) -- A Texas real estate agent who previously claimed she was "definitely not going to jail" for storming the US Capitol on January 6 was sentenced to 60 days behind bars on Thursday -- the harshest punishment so far for a rioter who has pleaded guilty to a misdemeanor offense.

Jenna Ryan, who took a private jet to Washington, DC, with two friends to attend the January 6 Stop the Steal rally, was also ordered to pay a $1,000 fine.

She pleaded guilty in August to illegally demonstrating inside the Capitol that day. Prosecutors said Ryan pushed a narrative of the day and that she "did nothing wrong" and did not know the protest was violent.

"Even if your own conduct was peaceful, you still bear at least some degree of responsibility," district Judge Christopher Cooper said, calling Ryan a "cheerleader" and noted that she "celebrated" the riot.

"I don't think you could have missed the fact that this was no peaceful protest," Cooper added.

As more and more rioters face sentencing, judges are using the opportunity to counter right-wing attempts to whitewash the deadly attack. While defendants are not required to apologize, judges take remorse into consideration at sentencing, and federal prosecutors have said that they will seek tougher sentences for the more defiant rioters.

Ryan's social media statements and television appearances after January 6 showed a lack of remorse, Cooper said. After the Capitol attack, she said "we all deserve a pardon" from then-President Donald Trump.

During the hearing, Ryan told the judge that she was "very sorry," adding, "I was foolish," and that she "just shouldn't tweet."

But Ryan stayed defiant during the proceeding, at times rolling her eyes and shaking her head. She even interrupted Cooper at one point, saying, "I didn't say that."

After the hearing, Ryan told CNN that she thought the sentence was "a travesty" and claimed she was "being used as an example."

But a few hours after her sentence was handed down, Ryan sent out a series of tweets addressing the outcome.

"I am not Going to prison for the things that I said, or standing in front of the broken window," Ryan wrote in one tweet. "Its for walking in Capitol for 2 mins & what the judge says is to serve a deterrence to others since I have a high profile (Which I got after the fact thanks to MSM smear campaign)."

"You win!!! I'm going to prison... Pop the champagne and then rejoice," she wrote in part in another.