January 6 panel stands down on request for some Trump documents 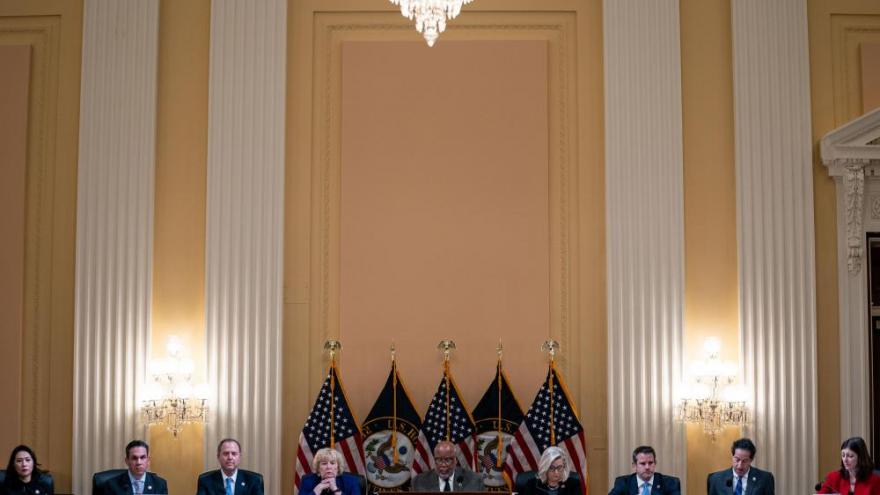 (CNN) -- The House select committee investigating January 6 has stood down on its requests for some documents from the Trump White House after negotiations with the Biden administration.

The White House said some of the records the House asked for potentially could concern state secrets or executive privilege because they were part of high-level national security deliberations, according to a letter from the White House counsel's office released Tuesday. The House said it would "defer" its requests for those records.

Another set of the documents that the House dropped pursuing may not have been all that helpful anyway because while they were created on dates the committee asked for, they did not pertain to the panel's investigation, the White House letter said. As a result, the committee won't be getting hundreds of pages of National Security Council records at this time.

The revelation comes in a new round of letters about the status of Trump-era documents held by the National Archives. It's the first time the Biden administration appears to have pushed back on more than a handful of pages of documents requested by the House select committee, as the National Archives works through thousands of pages of records from the Trump administration.

The White House made clear in its letter it's still supportive of the House's inquiry on January 6, and that the latest deal over documents shouldn't "compromise its ability to complete its critical investigation expeditiously."

The curtailing of the House panel's request will likely not affect its core mission of understanding then-President Donald Trump's attempts to overturn the 2020 presidential vote and the insurrection at the US Capitol on January 6. That's because this latest round of documents over which Congress and the executive branch negotiated "appear to have no content that might be material to the Select Committee's investigation," the Biden White House said in a letter this month.

"President Biden recognizes that Congress has a compelling need, in service of its legislative functions, to understand the circumstances that led to the insurrection," wrote Jonathan Su, a lawyer for the Biden White House. "The documents for which the Select Committee has agreed to withdraw or defer its request do not appear to bear on the White House's preparations for or response to the events of January 6, or on efforts to overturn the election or otherwise obstruct the peaceful transfer of power."

The House is still seeking -- and the Biden administration is willing to release -- more than 700 pages of crucial Trump White House records documenting Trump's and top advisers' discussions, phone calls and visits up to and on January 6.

But Trump filed a lawsuit to block their release and continues to claim that several hundred pages should be kept private, under his assertions of executive privilege. He is asking the Supreme Court to hear his case, after losing at two lower courts.

Before this month, the National Archives had processed and weighed the positions of Trump and of the current White House on at least four separate collections of documents. As the review of records continued at the archives, the Biden administration in recent weeks looked at 511 pages from the National Security Council during Trump's presidency, as the House committee has been seeking a broad swath of documents from the former President's time in office.

"The Select Committee has agreed to withdraw or defer its request for a significant portion of those records," White House counsel Dana Remus wrote to the archives on December 17.

The committee issued a statement later Tuesday, making clear that it wasn't dropping parts of its pursuit.

"The Select Committee welcomes President Biden's decision to clear the way for the production of another set of records," a committee spokesperson said in the statement. "The committee has agreed to defer action on certain records as part of the accommodations process, as was the case with an earlier tranche of records. The Select Committee has not withdrawn its request for these records and will continue to engage with the executive branch to ensure the committee gets access to all the information relevant to our probe."

Even so, the committee could face a drawn-out negotiation with the Biden administration if it does still push for access to national security records, either because of potential standoffs over executive privilege or issues related to classified or law-enforcement sensitive material, the White House suggested in its letter.

There was a previous situation in October where the House committee backed off pursuing a much smaller collection of January 6 documents, as it headed to court against Trump, and without the same level of public explanation from the Biden White House.

This story has been updated with additional details about the document negotiations.