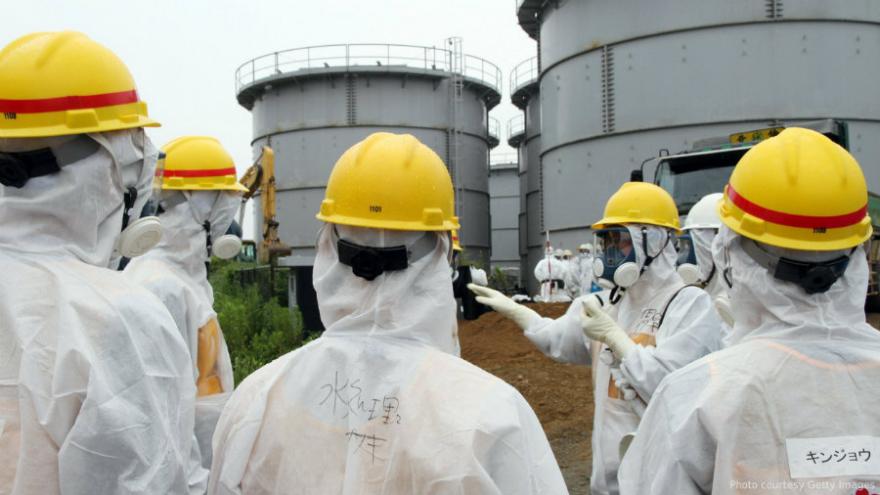 (CNN) -- The Japanese government has recognized the first death associated with cleanup work at the Fukushima Daiichi nuclear power plant after the tsunami disaster in March 2011, according to the Ministry of Health, Labour and Welfare.

The government designated the death of an unnamed man in his 50s as an "industrial accident." The man, who had worked at the plant from 1980 to 2015, was diagnosed with lung cancer in February 2016.

After the 2011 tsunami that was triggered by a 9.0-magnitude earthquake, the man was assigned to "radiation control" work in which he was responsible for monitoring radiation levels and work time of cleanup crews.

The Ministry of Health, Labour and Welfare recognized his cancer and death as related to his work at the plant. A committee of experts determined his accumulated radiation level exceeded government standards.

Kunihiko Konagamitsu of the ministry said 17 workers had applied to be considered cases with an "industrial accident" designation, including three with leukemia and one with thyroid cancer. Two workers withdrew their requests, five were dismissed, and five are still under review.

The March 11, 2011, quake was the worst to hit Japan and lasted nearly six minutes. More than 20,000 people died or went missing in the earthquake and tsunami that followed.

Three reactors at the Fukushima Daiichi nuclear plant, operated by Tokyo Electric Power Co. or TEPCO, melted down in the nation's worst nuclear disaster. The damaged reactors released radioactive materials into the air and more than 100,000 people were evacuated from the area. Forty-five thousand workers were involved in the ensuing cleanup.

In 2015 Japan health officials confirmed the first case of cancer linked to cleanup work at the plant.

In 2016, TEPCO said that decommissioning the reactor was like climbing a mountain and that it could take as long as 40 years.