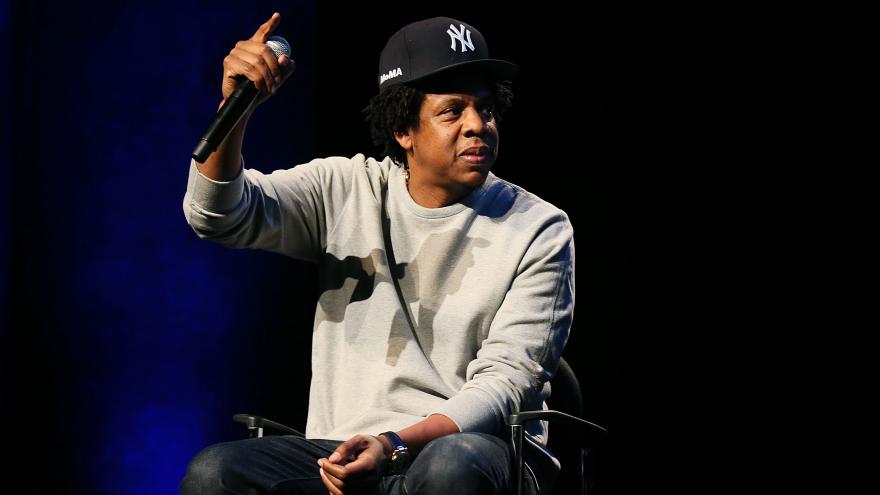 (CNN) -- Jay-Z has partnered with families who have lost sons to police violence, along with fellow activists and attorneys, to take out full-page ads in newspapers across the country to honor George Floyd.

The ad is captioned, "in dedication to George Floyd. #JusticeForGeorgeFloyd," and quotes a passage from a speech made by Dr. Martin Luther King Jr. in Selma, Al. in 1965.

Along with Jay-Z, the letter is signed by the parents of Botham Jean, DJ Henry and Antwon Rose II, young black men all tragically killed by police, as well as Van Jones, Charlamagne tha God, Angela Rye, an attorney for the Floyd family, and several activists from organizations like The Innocence Project and Until Freedom.

Team ROC (the philanthropic arm of Jay-Z's Roc Nation) joined with the others to place the ad in Tuesday editions of The New York Times, The Denver Post, The Chicago Tribune, The Los Angeles Times, The Philadelphia Inquirer, The Austin American Statement, The Orlando Sentinel and The Atlanta Journal Constitution, among several other newspapers.

According to a representative for Jay-Z, there will be more ads published in newspapers on Wednesday.