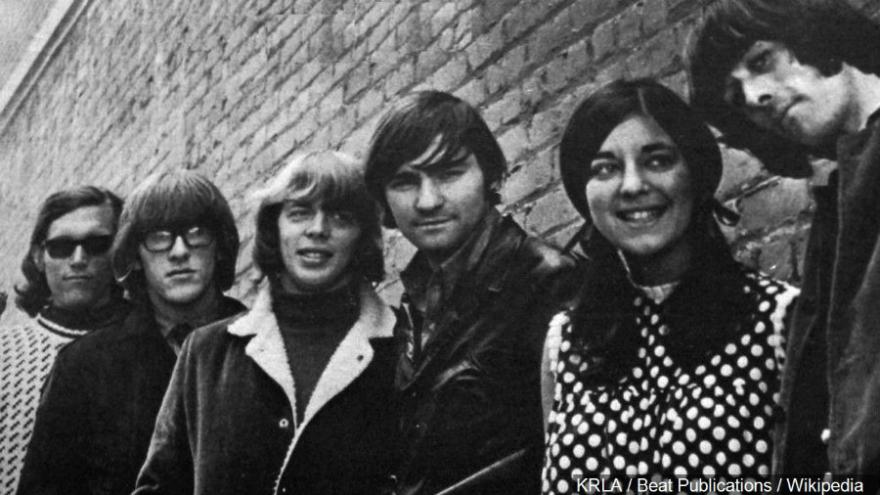 (CNN) -- Marty Balin, whose tenor voice provided hits for the '60s psychedelic rock band Jefferson Airplane, has died, his publicist and family said in a statement. Balin was 76.

The statement did not mention a cause of death for the co-founder of the band. He also starred with its successor, Jefferson Starship. His wife, Susan Joy Balin, was by his side when he died Thursday.

The family said Friday: "Marty's fans describe him as having had a substantial impact for the better of the world: 'One of the greatest voices of all time, a writer of songs that will never fade, and founder of the quintessential San Francisco band of the sixties.' His music is known for being the soundtrack to all of life's monumental moments."

Balin's songwriting credits for the Airplane included "It's No Secret," "Today," "Comin' Back To Me," "Plastic Fantastic Lover," "Share a Little Joke," and "Volunteers" -- the latter sung at Woodstock.

Another co-founder, Paul Kantner, died in January 2016, the same month the Recording Academy named Jefferson Airplane one of its annual Lifetime Achievement Award recipients at the Grammys.

Born Martyn Jerel Buchwald in Cincinnati, Balin was raised in the Bay Area.

Balin and the Jefferson Airplane were pioneers of psychedelic rock -- their sound fused fuzzy, distorted, reverb-filled tones with influences from folk, rock and the blues.

The Airplane helped define the San Francisco music scene in the 1960s, debuting at the Matrix nightclub in 1965, about a year before its first album, "Jefferson Airplane Takes Off," was released.

"We didn't even know what we were doing when we started doing it," Kantner said in a 1970 interview with Rolling Stone. "Looking back, all we were saying was, 'Look, we're having a good time.' And nothing else."

Grace Slick, whose powerful vocals added another unique element to the band's sound, joined the group in 1966, bringing two songs with her from her previous band, the Great Society.

Those songs, "Somebody to Love" and "White Rabbit," became Top 10 hits the following year on "Surrealistic Pillow," one of the defining rock albums of the late '60s.

Multivocal harmonies were a staple of the Airplane, with Balin and Slick soaring over one another and Kantner weaving in. In a 2011 interview, Kantner said this interplay is "maybe the best thing I do in the bands that I've been in."

The band performed at three of the legendary music festivals of the '60s, including the Monterey Pop Festival, Woodstock and the ill-fated Altamont.

Among the artists that opened for the group were the Grateful Dead, Santana, the Doors, Jimi Hendrix, Creedence Clearwater Revival, the Who, Janis Joplin and Big Brother and the Holding Company, and Steve Miller.

The Airplane had broken up by 1973, after which Kantner, Slick and Balin formed a new band, Jefferson Starship. That band had a string of soft-rock hits in the 1970s, mostly sung by Balin, including "Miracles" and "Count on Me."

In 1996 Jefferson Airplane was inducted into the Rock and Roll Hall of Fame along with Gladys Knight and the Pips, Pink Floyd, the Velvet Underground and David Bowie.

Balin is survived by his wife, two daughters and two stepdaughters.