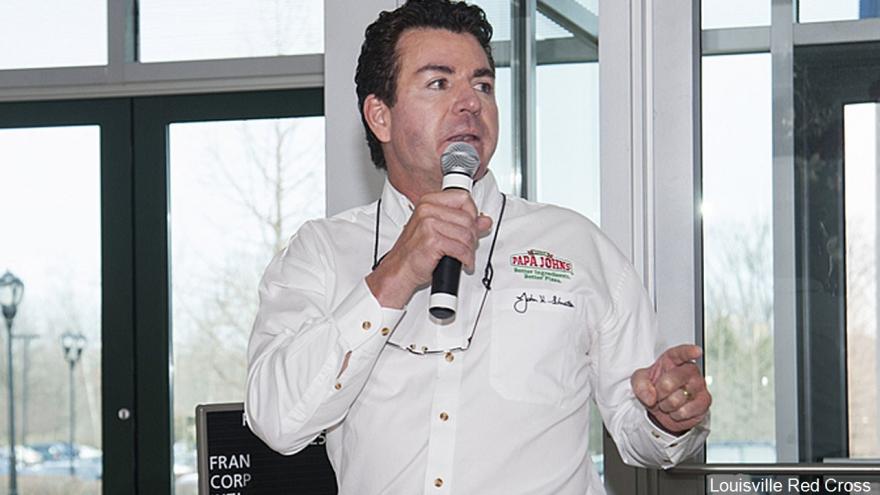 JEFFERSONVILLE, Ind. (AP) — The southern Indiana city where Papa John's founder John Schnatter began his pizza business has removed his name from a historic gym after he resigned from the company's board for using a racial slur.

The News and Tribune reports that Jeffersonville Mayor Mike Moore first heard of Schnatter's admitted use of a slur against black people on Wednesday.

Moore says he removed the name because he doesn't want children entering the fieldhouse "to have this hanging over their heads."

Schnatter resigned last year as Papa John's CEO after complaining about NFL protests. The chain announced Wednesday he's resigned as board chairman after he apologized for using a slur during a conference call in May.

Schnatter's name was added to the gym last year after he donated $800,000 for renovations.