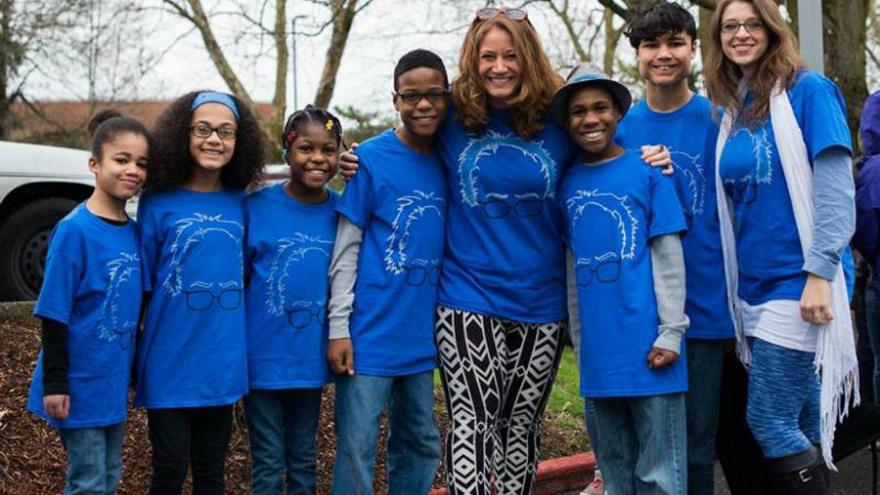 (CNN) -- Jennifer Hart, the mother who drove her family off an oceanside cliff in a fatal crash, had a blood alcohol level that was over the state's legal limit, Capt. Bruce Carpenter of the California Highway Patrol said Friday.

The specific level was .10%, Mendocino County Sheriff Tom Allman said. The legal limit in California is .08%.

Additionally, Carpenter said Jennifer Hart's wife, Sarah, and two of the three children found dead at the scene had a positive toxicology finding in their blood for diphenhydramine, an active ingredient in Benadryl. It has not been determined in the third child.

Diphenhydramine is an antihistamine that can cause drowsiness.

The toxicology report was released Friday in California as authorities in Washington state provided details about visits from child protective services to the family's home there.

Investigators have not come up with a motive but say it appears the incident was intentional, The FBI is deploying their Behavioral Analysis Unit to assist and try to understand what happened. Carpenter said "a lot about this case is unusual ... baffling almost."

The bodies of Jennifer and Sarah Hart were found March 26 inside the family's SUV, which had crashed at the rocky shoreline below a cliff in Mendocino County. The bodies of three of their children -- Markis, 19, Jeremiah, 14, and Abigail, 14 -- were found nearby.

But their three other children -- Devonte, 15, Hannah, 16, and Sierra, 12 -- are missing, officials said. Investigators have said they believe the missing children were inside the vehicle at the time of crash.

There were no skid marks at the scene, Carpenter said.

"It appears she (Hart) was about 70 feet from the edge and accelerated from there," Carpenter said.

A body that may be one of the remaining three missing children was recovered on April 7. Allman says DNA analysis from biological family members will be used to determine her identity.

One of the neighbors, Tom DeKalb, said he called child protective services. A worker visited the home March 23 and he said the Hart family packed up and left soon after.

Sarah Hart earlier had faced allegations of mistreatment in Minnesota, where she and Jennifer lived when the children were adopted about a decade ago from Texas.

In 2010, Sarah Hart pleaded guilty to misdemeanor domestic assault involving one of the children, according to Douglas County, Minnesota, court records.

A family of four taking a West Coast road trip vanished about 30 miles from the site of the Hart family crash, authorities said this week.

Sandeep and Soumya Thottapilly -- along with their children Siddhant, 12, and Saachi, 9 -- had been driving from Portland, Oregon, to their home in Santa Clarita, California, north of Los Angeles, according to the San Jose Police Department.

They were last heard from the day before authorities received reports of a maroon Honda Pilot -- the same color and make of the Thottapillys' SUV -- submerging into the swollen river along US Highway 101 north of Leggett, according to local media reports.