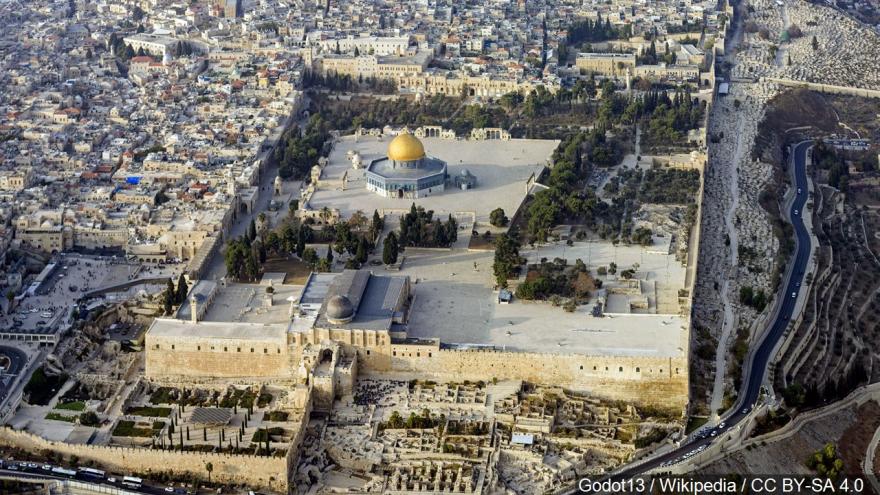 Aerial view of the Temple Mount in the Old City of Jerusalem., Photo Date: November 2013
By Lilit Marcus, CNN

After a decade of work that involved multiple private and public organizations in Israel, the city unveiled a comprehensive effort to make the Old City's narrow alleyways and steep inclines more friendly to visitors and locals with mobility issues.

The city is home to several of the world's most sacred religious sites, namely the Western Wall, Temple Mount and Church of the Holy Sepulchre. As a result, Jerusalem is high on the bucket list for many of the world's faithful.

A representative for the Ministry of Tourism tells CNN Travel that 85% of visitors to Israel spend time in Jerusalem during their trip.

But making its ancient streets more accessible to people with a range of physical abilities was no easy project. Newly constructed buildings can bake accessibility in from the beginning, but changing existing infrastructure is much harder.

There were strict guidelines from both UNESCO and Israel's Antiquities Authority to consider, and every proposal had to carefully avoid damaging buildings or infrastructure, while also taking into account that Jerusalem is a busy city whose residents still need to be able to shop, go to school and commute to work.

Now, travelers to Jerusalem will be able to download an app, Accessible JLM, that outlines the most accessible routes around the city to plan their travel in real time.

There are also physical accessibility maps posted around the city.

As Dana Gazit, Israel's Accessible Tourism Brand Manager, points out, accessibility is about a lot more than wheelchair ramps: "If you're just a person who has a hard time walking, you also need benches and a handrail."

For Amir Halevi, the Director General of Israel's national ministry of tourism, the journey to make the Old City more accessible is personal.

"This is not a one-time thing. My grandparents, every five years if they were lucky, had the opportunity to go somewhere. And now people can travel multiple times per year, and it's important to make them feel as welcome as possible."

And the Old City isn't the only major tourism destination that is working on accessibility for visitors with a range of physical ability levels. Peru's Machu Picchu is working with the Wheel the World accessible travel company to provide wheelchair tours of the ancient Inca site.

The National Park Service, which oversees the statue site, considered a range of disabilities when it opened its new museum in May 2019. That included providing video tours in American Sign Language and placing interactive exhibits at a level where people seated in wheelchairs or using canes or walkers could easily reach them.