Jim Beam to be fined for bourbon fire that hurt rivers, fish 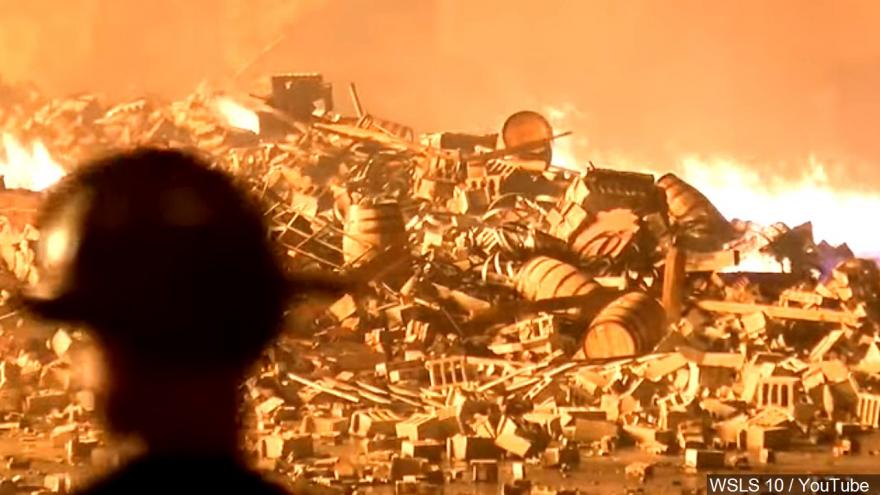 VERSAILLES, Ky. (AP) — Authorities say Jim Beam will be fined for the warehouse fire that contaminated nearby waters with bourbon and killed fish.

Kentucky's Energy and Environment Cabinet spokesman John Mura tells WKYT-TV that there will be a penalty. He says the state Department of Fish & Wildlife may also fine the company. The cost of the fines was unclear as of Wednesday.

A lightning strike set the Woodford County warehouse on fire last week and destroyed about 45,000 barrels of bourbon. The site burned for days and runoff filled with alcohol and firefighting chemicals bled into nearby rivers and creeks, removing oxygen from the water and killing fish.

The cabinet said the nearly 23-mile alcohol plume moved through the Kentucky River and into the Ohio River, where it is dissipating.