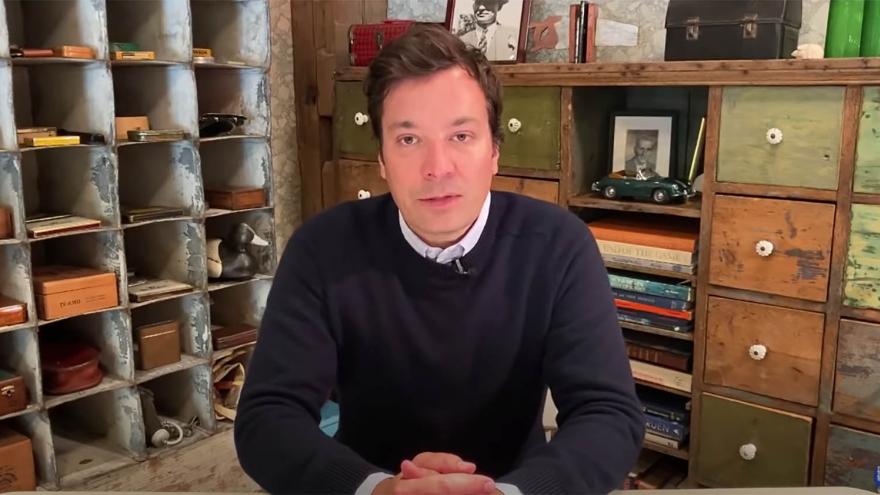 (CNN) -- Jimmy Fallon used "The Tonight Show" to have a discussion about racism in America on Monday night.

Fallon began the episode by saying it would be a "different kind of show," and readdressed his participation in a "Saturday Night Live" skit from 2000 in which he appeared in blackface to impersonate Chris Rock.

"I had to really examine myself in the mirror this week because a story came out about me on 'SNL' doing an impression of Chris Rock in blackface. And I was horrified. Not of people trying to 'cancel' me or cancel this show, which is scary enough. The thing that haunted me the most was, how do I say I love this person?" Fallon said. "I respect this guy more than I respect most humans. I'm not a racist. I don't feel this way."

Fallon had previously addressed the controversy with a statement on social media, calling the sketch a terrible decision. He added that he had been advised to just stay quiet on the controversy, but instead wanted to learn from his mistake

"I realized that I can't not say I'm horrified and I'm sorry and I'm embarrassed," Fallon said. "I realized that the silence is the biggest crime that white guys like me and the rest of us are doing, staying silent. We need to say something. We need to keep saying something. And we need to stop saying 'that's not OK' more than just one day on Twitter."

Fallon invited NAACP President and CEO Derrick Johnson on the show to discuss recent events. Johnson said this time is an opportunity to learn from one another.

"One of the worst things about these moments of realization is people want to have a quick-fix outpour and then go back to their corners," Johnson said. "The way we keep the momentum going is keeping the dialogue open, appreciating the uniqueness we all bring to the table and celebrating that uniqueness and not allowing demagogues to create otherness from people who may be different."