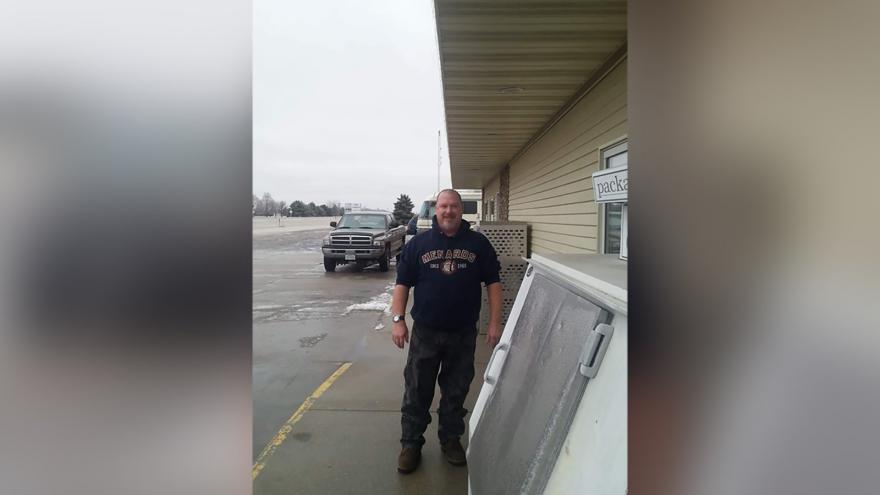 Veteran Greg Holeman made it to the hospital thanks to a sandwich delivery driver. (Photo courtesy of Facebook)

(CNN) -- Jimmy John's is known for its "freaky fast" delivery, but one branch showed it can deliver a lot more in helping an ailing veteran.

A woman thought she was calling a social worker to help her brother after his spinal surgery. Little did she know she had misdialed and called the sandwich shop in Columbus, Nebraska.

"The whole time I pretty much knew that she didn't know she was talking to someone from Jimmy John's. It didn't seem important to really bring it up, but I just wanted to make sure that she knew I was going to help her," said Jason Voss, the night-shift manager at the Columbus Jimmy John's.

Army veteran Greg Holeman, 48, was recovering from spinal surgery when he returned to his home last week. His sister, Lisa Nagengast, flew in to help get him settled at home.

Just moments after she landed back home in Florida, Nagengast received a voice mail from her brother saying he was having severe pain in his left leg and couldn't stand up.

Unsure if the US Department of Veterans Affairs would pay for Holeman's ambulance, Nagengast attempted to reach Holeman's social worker. As she frantically rushed through the airport to claim her luggage, Nagengast began explaining her brother's situation over the phone.

Voss didn't want to leave the store, so he got Zach Hillmer, one of the drivers, to go pick up Holeman and take him to the emergency room.

Once Hillmer called Nagengast back to find out more information about her brother, it became clear to her she was not talking to a social worker.

"I was kinda gracefully [trying to] back out of everything that had happened at that point," Nagengast told CNN. "He was like, 'No no no, I will take him to the hospital. You give me his name and his address and make sure that he gets in the car with me, and I will get him where he needs to go.'"

After the phone mix-up, Nagengast thanked the employees for stepping up. "I cannot say thank you enough to Jason Voss and Zack (sic) Hillmer ... there are not enough words to express my gratitude." Nagengast wrote in a Facebook post Saturday.

"I'm famous for calling a wrong number, but Zach and Jason need to be famous because they did an amazing act of kindness," Nagengast told CNN.

She isn't the only one praising the two workers. "I'm awfully proud of those guys," said Sam Nixon, the owner and operator of Columbus' Jimmy John's. "What they did, I could not teach."

Holeman's trip to the emergency room was a successful one. The veteran is back home and is recovering well.