Joe Biden and DNC outraise Trump campaign operation in May 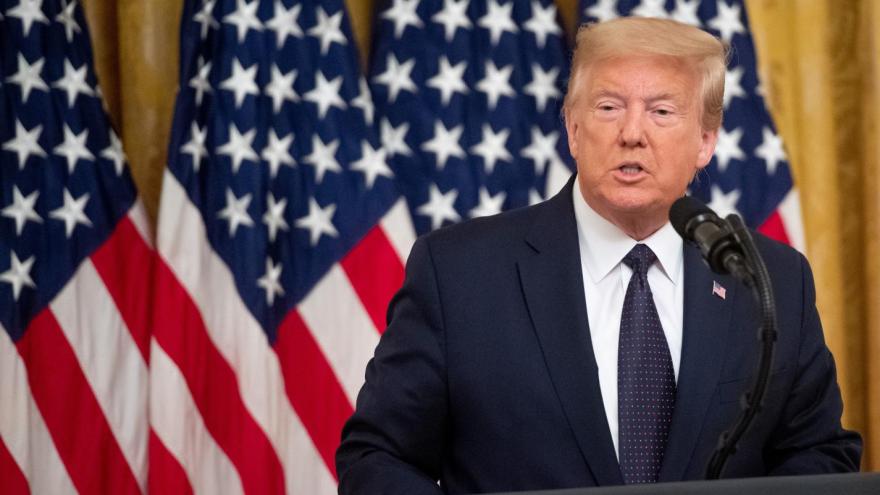 But Trump still has a far larger war chest less than six months before Election Day.

The May fundraising by Trump and the RNC marks a rebound from April, and his aides said they have the resources to build a massive field operation ahead of November's election.

"Support across the country continues to pour in, helping us to build an unparalleled operation that will deliver victories up and down the ballot in November," RNC Chairwoman Ronna McDaniel said in a statement Saturday detailing the May fundraising total.

Biden's May haul with the Democratic National Committee and their joint fundraising efforts came in the first full month of an agreement with the DNC to allow large-dollar donors to give more.

Trump's campaign said Saturday it and the RNC ended May with $265 million cash on hand. Biden's campaign and the DNC had a little more than $118 million in cash reserves after accounting for the DNC's outstanding debts, filings show.

And while the coronavirus pandemic has forced each campaign to cancel a slew of in-person events and prioritize their digital efforts when it comes to fundraising, Trump returned to the campaign trail Saturday night in Tulsa, Oklahoma, with his first rally since the outbreak.

The campaign had billed the event as a major extravaganza.

But those crowds didn't appear as large as expected Saturday, and a campaign official told CNN that the team would no longer plan to have the President speak to an "overflow" area outside.

The event comes as the collective trauma of the coronavirus, the resulting recession and the simmering unrest over racism and police brutality had eroded Trump's approval rating and given Biden a sizable early lead in the polls.

Biden's May fundraising boost continues the rapid upward trajectory of his campaign since he won the South Carolina primary and effectively ended the Democratic primary race with a near-sweep on Super Tuesday in early March.

"Just a few months ago, people were ready to write this campaign off. Now, we are making huge dents in Donald Trump's warchest," Biden wrote to supporters. "Every single dollar is going to make sure he is only a one-term president."

Biden has not resumed in-person fundraising, but the former vice president has used virtual fundraising -- inviting donors to participate in online conferences that feature marquee Democrats -- to draw in legions of new small-dollar donors to his campaign.

After initial concerns that campaign money would slow during the pandemic, "it turns out people are more fired up to give because the contrast between our guy and the President is so stark," Rob Flaherty, the Biden campaign's digital director told CNN.

"Covid and the last few weeks have raised the stakes for what the presidency means," he said.

The gap persisted in May, according to campaign reports filed Saturday night.

Biden's small-dollar haul last month topped $17.4 million; while the Trump campaign brought in roughly $5.4 million in May in small contributions.

A Biden "grassroots" fundraiser with former South Bend, Indiana, Mayor Pete Buttigieg last month raised $1 million from 38,000 donors. And Biden officials said half of donors in May were new to the campaign.

Other virtual fundraisers this month with big-name supporters have drawn even more cash, including a $6 million haul at an event featuring Massachusetts Sen. Elizabeth Warren.

Next up: a grassroots fundraiser with former President Barack Obama on Tuesday.

Biden aides say the online approach has proved so successful that the campaign is likely to include elements of virtual fundraising moving forward, including "subscription programming" that would offer exclusive streaming content to contributors who agree to make recurring monthly donations to the Biden campaign.

This story has been updated to include new reporting on the Biden campaign's fundraising efforts.