Joe Biden says of conflating details of war stories: 'I wasn't trying to mislead anybody' 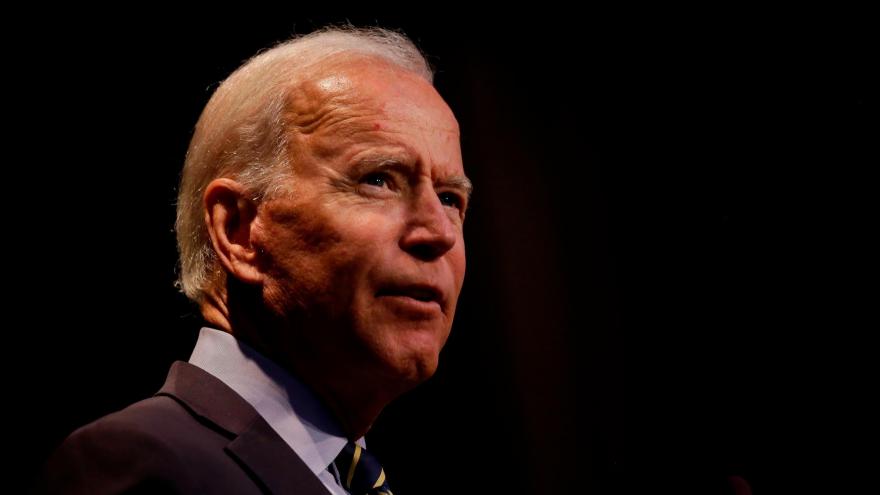 (CNN) -- Former Vice President Joe Biden said Monday that he was not trying to "mislead anybody" with his telling of a war story that had several inaccurate elements.

Biden, who has been under fire after The Washington Post reported last week that he had mixed the details of at least three different events to tell a story about one event that never happened, admitted that details "matter."

The Post reported that Biden repeated a story last month that he's told in the past: A general asked Biden, then vice president, to travel to Afghanistan to recognize a Navy captain with a Silver Star, and the service member -- who had "rappelled down a 60-foot ravine under fire and retrieved the body of an American comrade, carrying him on his back," according to Biden's telling -- was reluctant to receive it.

According to the Post, Biden visited Afghanistan as a senator. Additionally, the soldier whose act was described did not receive a Silver Star -- though he went on to receive a Medal of Honor from President Barack Obama -- and he was not in the Navy, but the Army.

Biden has defended his remarks since the Post's report came out, and he did so again on Monday.

"My point is, I was there. The fact is, the point I was trying to make, I'd make again," he said. "The valor and honor of these warriors are as significant as any warriors we've ever had in the history of the United States of America. That was my point."

Biden on McConnell and guns

Also on Monday, Biden, who has made his ability to compromise and work with leaders across the aisle a pillar of his campaign, said he would try to work on Senate Majority Leader Mitch McConnell, when he could -- but that would not happen on gun legislation.

"Remember what I said: I'll work with Mitch McConnell where we can agree, but on this one, he's not going to agree because he is where the President is," he said. "And so we just have to beat them, flat out beat them."

In the wake of mass shootings in El Paso, Texas, and Dayton, Ohio, last month, McConnell, a Kentucky Republican, has said background check legislation and red flag laws will be "front and center" when the Senate returns from its August recess. The Senate reconvenes next week, many days after another shooting rampage in Texas.

On the campaign trail, Biden often tells voters he is the only person who has ever beat the National Rifle Association nationally, referring to legislation he helped draft as chairman of the Judiciary Committee during the Clinton administration. The controversial 1994 crime bill incorporated the Federal Assault Weapons Ban, which banned assault weapons and high-capacity magazines for a decade. Biden promises that if elected, he will beat the NRA again,.

He said there is no place for compromise on gun legislation.