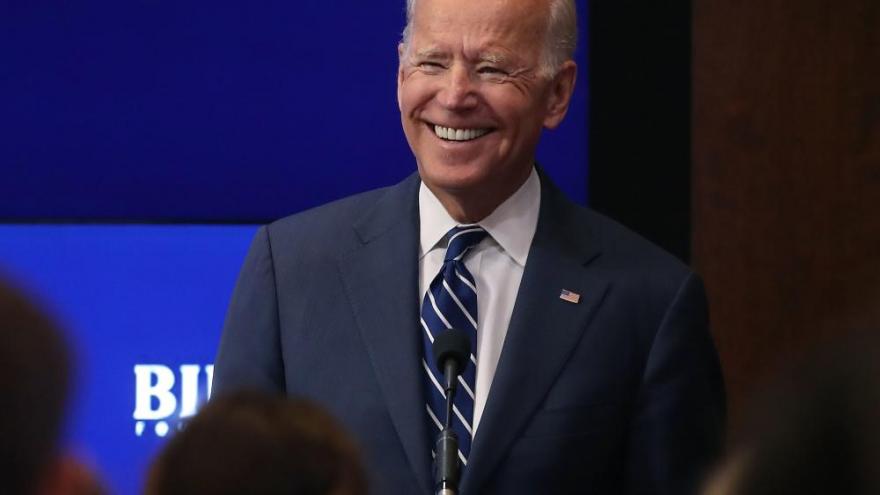 Former U.S. Vice President Joe Biden delivers a keynote address regarding the future of the middle class, at the Brookings Institution, on May 8, 2018 in Washington, DC.

Biden earned 63.2% of the final vote on the ranked-choice ballot in the party-run primary. Vermont Sen. Bernie Sanders won 36.8% and is the only other candidate to earn delegates to the national convention.

Biden, the presumptive Democratic presidential nominee, is the only candidate left in the race after Sanders dropped out last month.

Hawaii's primary was originally scheduled for April 4, but the party canceled in-person voting for that day, instead transitioning to an entirely vote-by-mail system this year amid the coronavirus pandemic. Ballots were sent to every registered Democrat in the state who was also enrolled with the Democratic Party of Hawaii, according to the party's website.

Friday marked the deadline for the ballots to be returned to the state party. More than 79,000 ballots were sent and roughly 35,000 were returned by mail, according to Saturday's announcement.

"Due to the COVID-19 pandemic, on-site same-day voting on April 4th has been cancelled. Instead the Party will send a third mailing of ballots out. ...The mail-ballot return deadline is May 22, 2020. Results will be tabulated and released on May 23, 2020," the Democratic Party of Hawaii said in a statement from late March.

Biden's win in Hawaii comes after he also notched a victory in Oregon's presidential primary held earlier this week.