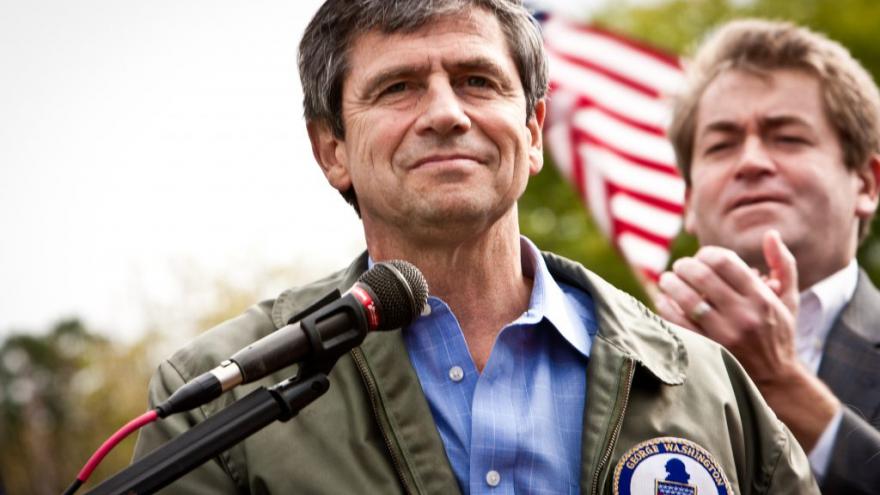 (CNN) -- Former Pennsylvania Rep. Joe Sestak on Sunday ended his long-shot 2020 presidential bid after failing to gain traction in the race for the Democratic Party's nomination.

"I want to thank you for the honor of running for President of the United States of America," Sestak said in a statement. "It has been an endeavor filled with immeasurable wisdom, passions, humor and insights to, and from, the people of America."

Sestak, who mounted unsuccessful bids for US Senate in 2010 and 2016, entered an already-crowded Democratic primary field in June hoping to leverage his career in the US Navy into a successful campaign, but did not qualify for any of the major Democratic presidential debates.

"The hour has become late to restore US leadership to this liberal world order, but Iraq is our lesson to remember," Sestak said in a video announcing his campaign in June. "Democrats and Republicans alike who cast their votes for the tragic misadventure in Iraq showed little understanding that while militaries can stop a problem, they can never fix a problem."

Sestak admitted at the time that he was late to the nominating contest, conceding, "My announcement may be later than others for the honor of seeking the presidency," and cited his daughter's recent fight with brain cancer as the reason for his delay.

"Throughout this past year, Alex again showed she is stronger than me, heroically beating the single digit odds once more, drawing on the fortitude of her mom," he said.

His departure Sunday leaves more than a dozen Democrats still vying for the nomination.

Sestak acknowledged his campaign's failure to find national support Sunday, saying, "Without the privilege of national press, it is unfair to ask others to husband their resolve and to sacrifice resources any longer."

"I deeply appreciate the support so many of you offered -- whether by volunteering, offering financial contributions or coming to our campaign events," he said. "I will miss the opportunities I had in experiencing America in such a wonderful way!"