John Delaney booed by California Democrats after criticizing 'Medicare for All' 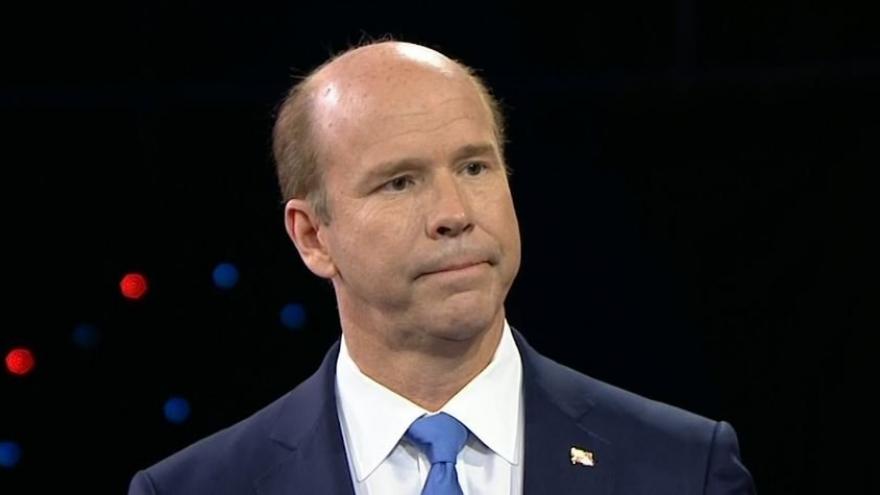 (CNN) -- Members of the crowd at the California Democratic Convention booed presidential hopeful John Delaney on Sunday when the former Maryland congressman criticized "Medicare for All."

"Medicare for All may sound good, but it's actually not good policy, nor is it good politics," Delaney said, inspiring a wave of boos.

As the booing continued, Delaney said, "We should have universal health care" several times before completing the thought and continuing to criticize the health care policy championed by a range of 2020 candidates, notably including Vermont independent Sen. Bernie Sanders, who made Medicare for All a centerpiece of his previous presidential run.

As the booing continued, Delaney told the crowd: "This is called the battle of ideas, my friends."

Medicare for All, as unveiled in a bill earlier this year, would create a government-run health care plan to insure all Americans and eliminate much of the current role for private insurance, the latter point of which seemed to be Delaney's critique.

Delaney was one of many Democratic presidential candidates to address the California convention, and the booing he faced followed similar treatment for former Colorado Gov. John Hickenlooper.

Hickenlooper faced boos and waving "Bernie" signs after saying, "If we want to beat Donald Trump and achieve big progressive goals, socialism is not the answer."

After Delaney's speech, a woman approached CNN and said the crowd was giving him the Apollo Theater "Sandman" treatment, in reference to getting off the stage.

Delaney released a statement later on Sunday responding to the moment, where he stood by his position and knocked some Democrats who he said pursued "purity" over a big tent party.

"A few boos aren't a big deal, making a really bad mistake on health care is," Delaney's statement said. "We can't be dedicated to slogans and must ensure that a real debate happens. Most of the Democrats in this field either don't want to take this on or are trying to play it both ways, but I don't think that's responsible."