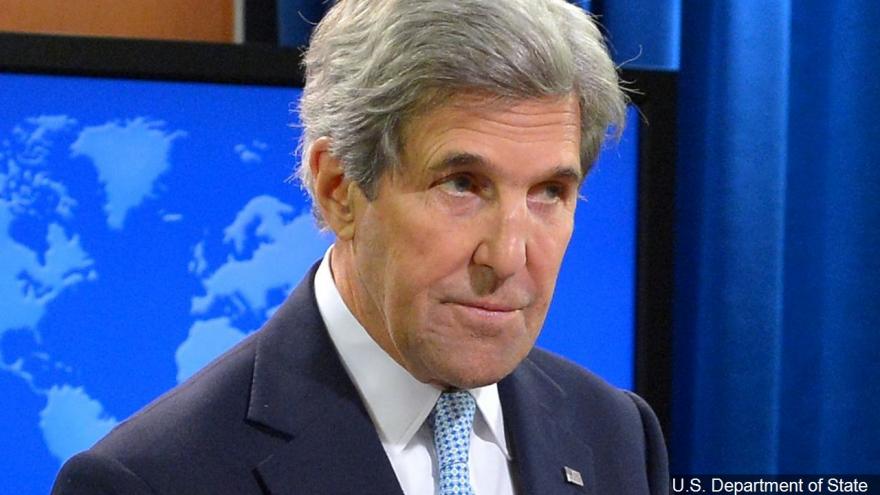 (CNN) -- Former Secretary of State John Kerry on Thursday endorsed Joe Biden for president in the 2020 race, saying the former vice president has the character and leadership skills to beat President Donald Trump.

"I believe Joe Biden is the President our country desperately needs right now, not because I've known Joe so long, but because I know Joe so well," Kerry said in a statement provided by the Biden campaign.

The endorsement from Kerry, the 2004 Democratic presidential nominee, gives Biden a new way of signaling the Democratic establishment rallying at least in part around his candidacy. Support from the long-time Senate colleague of Biden and a fellow Obama administration veteran is also plucked out of the backyard of two of Biden's rivals, Massachusetts Sen. Elizabeth Warren and former Massachusetts Gov. Deval Patrick.

Biden, more than his Democratic rivals with much less foreign policy experience, has made his readiness for the world stage a focal point of his candidacy. Support from former President Barack Obama's secretary of state could bolster that argument.

"Through it all, I've seen Joe tested in public service and tested in life itself. I know his character. I know the measure of a person who never stopped fighting for millions of Americans even as his beloved son was losing a heartbreaking battle with cancer. Joe's strength and his moral center are inspiring. But so are his skills as a leader," Kerry said.

Kerry made calls to some Democratic presidential candidates on Thursday, giving them a heads up that he was intending to endorse Biden, a Kerry aide told CNN. He made calls at least to New Jersey Sen. Cory Booker and Minnesota Sen. Amy Klobuchar. It is unclear whether he called other candidates.

"I don't endorse lightly," Kerry said. "Joe and I both got into public service to make our country fairer for people and make the world safer. I've watched Joe do exactly that as a senator, statesman, and vice president."

The timing of the endorsement was determined by the Biden campaign, a Biden adviser said, as the campaign continues to make an argument of electability and experience. It's also part of the Biden campaign's effort to try and slow South Bend, Indiana, Mayor Pete Buttigieg's momentum in Iowa and beyond.

Buttigieg currently holds a clear lead in the first-in-the-nation caucus state -- he climbed to 25% in the latest CNN/Des Moines Register/Mediacom poll of likely Iowa caucusgoers. Behind Buttigieg, there is a close three-way battle for second with Massachusetts Sen. Elizabeth Warren at 16%, and Biden and Vermont Sen. Bernie Sanders each at 15%.

The latest CNN/UNH New Hampshire poll showed Biden dipping nine points since July and falling significantly behind Sanders among likely voters in the first-in-the-nation Democratic presidential primary. Sanders (21%) and Warren (18%) lead the 2020 contenders in the state. Biden stands slightly behind at 15%, and Buttigieg rounds out the field of four who reach double-digits with 10%.

"Joe will defeat Donald Trump next November. He's the candidate with the wisdom and standing to fix what Trump has broken, to restore our place in the world, and improve the lives of working people here at home," Kerry said.

Kerry said last year he would think about a 2020 presidential bid, and said he wouldn't take anything off the table. In 2004, he secured the Democratic presidential nomination only to lose to President George W. Bush in the general election. His 2004 bid was preceded by a lengthy career in the Senate, which he left in 2013 to serve as secretary of state in the Obama administration.

Kerry served in the Navy in Vietnam as a gunboat officer on the Mekong Delta, and was awarded the Silver Star, the Bronze Star and three Purple Hearts.