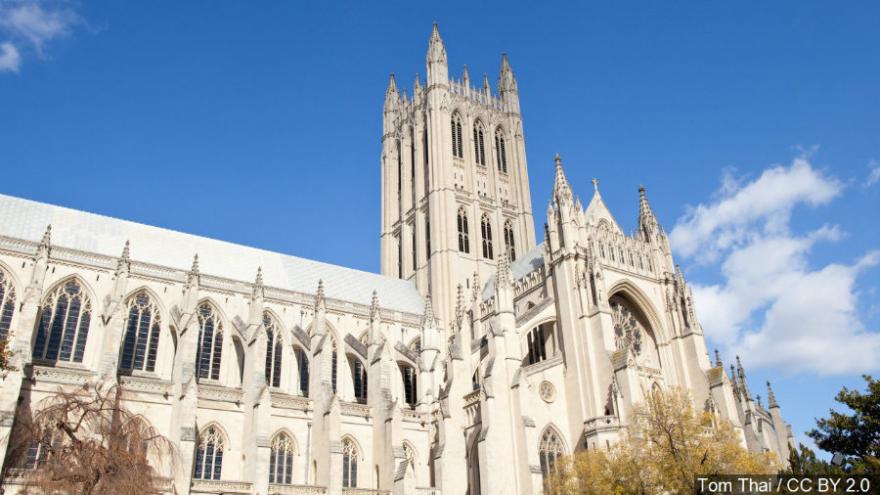 (CNN) -- Friends, family and former presidents will gather at Washington National Cathedral on Saturday to honor the life of the late Sen. John McCain.

The remarks from former Democratic and Republican presidents who were once rivals to McCain will send an unmistakable message of unity and bipartisanship at a time when Washington is deeply divided.

McCain, who died at the age of 81 last Saturday after a lengthy battle with brain cancer, was an iconic figure in US politics. The Arizona Republican leaves behind a storied legacy of serving his country in Congress and in the military as a naval pilot.

Former Secretary of State Henry Kissinger, former Sen. Joe Lieberman of Connecticut and Meghan McCain, one of the late senator's daughters, are also on the list of those slated to speak at Saturday's memorial service.

Democratic former Vice President Joe Biden, who delivered an emotional eulogy for McCain at a memorial service in Arizona on Thursday, will serve as a pallbearer on Saturday.

Republican Sen. Lindsey Graham of South Carolina, a close friend of McCain's, and McCain's children Jimmy and Sidney McCain will take part in the ceremony as well.

While two former presidents will speak in honor of McCain, the current President will be notably absent.

CNN has previously reported that McCain did not want President Donald Trump to attend his funeral and former Alaska Gov. Sarah Palin, who was McCain's running mate in the 2008 presidential election, was not invited to any of the memorial services.

Saturday's service is scheduled to start at 10 am ET.

The Right Rev. Mariann Edgar Budde, the Episcopal bishop of Washington, will deliver a blessing during the service.

The service at Washington National Cathedral is one of several events honoring McCain's life this week.