John Oliver may get his sewage plant honor ... or he'll settle for a port-a-potty 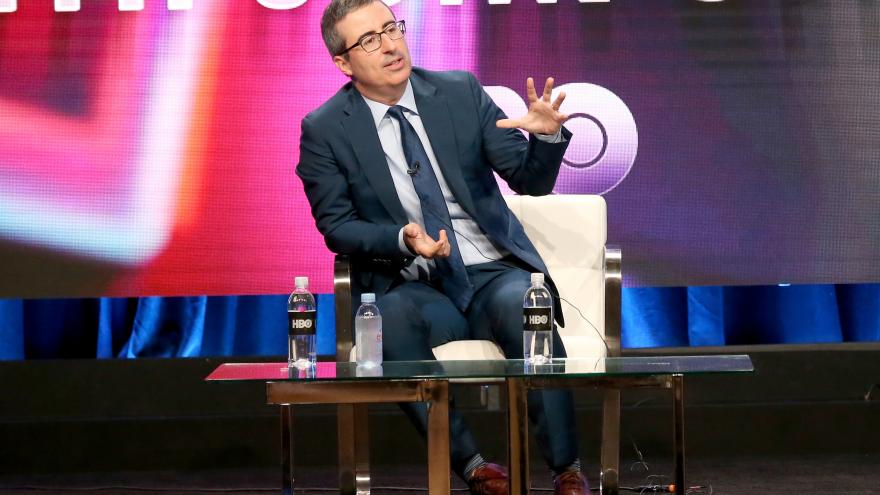 (CNN) -- John Oliver got what he wanted: A $110 million sewage treatment plant in Danbury, Connecticut, will be named for him, after the city's mayor agreed to one of the strangest deals in history.

The host of HBO's "Last Week Tonight with John Oliver" went after Danbury on his August 16 show during a segment on racial disparities on juries. In Oliver's anti-Danbury rant , the host noted that he only knew three things about the Connecticut town: "USA Today ranked it the second-best city to live in in 2015, it was once the center of the American hat industry and if you're from there, you have a standing invite to come get a thrashing from John Oliver, children included, (expletive) you," Oliver said.

"We are going to rename it the John Oliver Memorial Sewer Plant," Mayor Boughton said in the August 22 video, with the plant behind him. "Why? Because it's full of (expletive) just like you, John."

Oliver, on his August 30 show, called the tongue-in-cheek video "simply excellent," before playing another clip of the Mayor disappointingly revealing the vow was merely a joke.

A second Olivery tirade about Danbury ensued, after which Oliver stated he would donate $55,000 to charities in the the Connecticut city, if the Mayor makes good on his vow to name the sewage plant after him. If Boughton didn't respond, Oliver threatened to donate the money to neighboring towns.

"Don't Danbury this up," Oliver warned.

On Sunday, the Danbury Mayor accepted, but under one condition.

"You must come here to Danbury and be physically present when we cut the ribbon." Boughton said in a video posted to Facebook. "Don't Oliver this up."

If the host didn't accept the offer, Boughton said he had already been talking to the "two Jimmys and to Noah," referring to late-night rivals Jimmy Fallon, Jimmy Kimmel and Trevor Noah.

Boughton also revealed that if Oliver failed to come to Danbury, a porta-potty would be named after Oliver: "The John Oliver **** House."

Oliver has not yet responded. His show is off for two weeks.