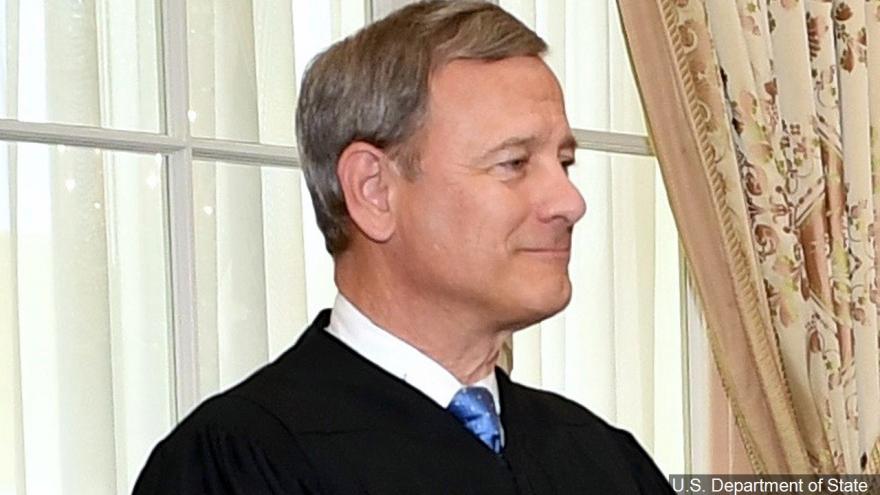 (CNN) -- Chief Justice John Roberts sided with the liberal justices on the Supreme Court on Monday to block a controversial Louisiana abortion law that critics said would have closed nearly every clinic in the state.

The 5-4 ruling is a win for supporters of abortion rights who argued that the law was not medically necessary and amounted to a veiled attempt to restrict abortion.

The majority opinion was penned by Justice Stephen Breyer, who wrote that the majority "consequently hold that the Louisiana statute is unconstitutional."

He added later: "The evidence also shows that opposition to abortion played a significant role in some hospitals' decisions to deny admitting privileges."

The ruling continues a trend of Roberts siding with liberals in major cases. He previously has upheld the program allowing undocumented immigrants who came into the US as children to remain and sided with opinion that extended anti-discrimination protections to LGBTQ workers.

Four years ago, when Justice Anthony Kennedy was still on the bench, the court struck down a similar law out of Texas.

Much has changed since then, however, as Kennedy has been replaced by Brett Kavanaugh, who is considered more conservative on the issue. Supporters of abortion rights feared not only that recent precedent would be in jeopardy, but that the strengthened conservative majority might begin to chip away at landmark opinions like Roe v. Wade and Planned Parenthood v. Casey, which upheld a woman's right to have an abortion.

"The Louisiana law imposes a burden on access to abortion just as severe as that imposed by the Texas law, for the same reasons. Therefore Louisiana's law cannot stand under our precedents," the chief justice wrote.

In a dissent, Justice Clarence Thomas again said Roe should be revisited.
"Roe is grievously wrong for many reasons," Thomas wrote, but the most fundamental is that its core holding -- that the Constitution protects a woman's right to abort her unborn child --finds no support in the text of the Fourteenth Amendment.