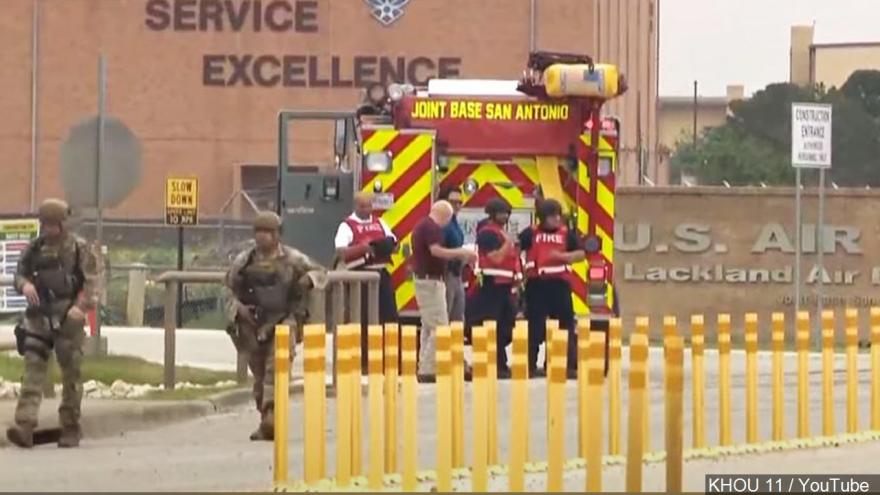 (CNN) -- Texas' Joint Base San Antonio-Lackland went into lockdown Wednesday after reports of two gunshots near one of the gates to the massive military facility.

After several hours of investigating the incident, the base reopened.

Lt. Col. Brian Loveless, commander of the 802nd Security Forces Squadron at the base, said the base has returned to normal operations.

He said they have reports that two shots were fired off base but they are still investigating the incident and trying to determine whether shots were actually fired. They are investigating a couple of leads to see what happened, he said.

Earlier, the base posted on Facebook and Twitter: "All base personnel implement LOCKDOWN procedures and immediately take cover."

A second post said there were no immediate reports of injuries after the incident that took place outside one of the gates.

Joint Base San Antonio comprises three locations, including Lackland, located in western San Antonio. The base is the largest joint base of the Department of Defense, according to the base website.