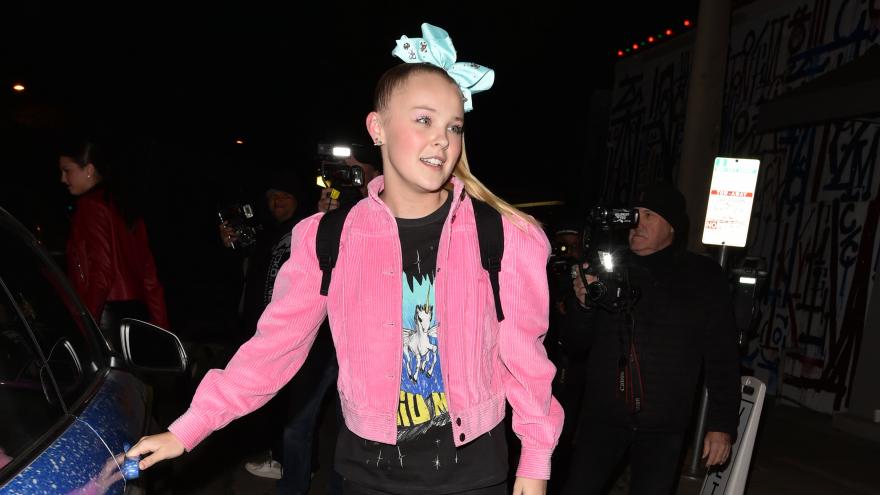 YouTube star JoJo Siwa responded to backlash over a children\'s board game with her name that contains questions she is calling \"gross\" and \"inappropriate.\" - PG/Bauer-Griffin/GC Images/Getty Images

(CNN) -- YouTube star JoJo Siwa responded to backlash over a children's board game with her name that contains questions she is calling "gross" and "inappropriate."

The 17-year-old singer and internet sensation posted a video to her social media accounts Monday night explaining she had "no idea" what types of questions were included on the playing cards, because "when companies make these games, they don't run every aspect by me."

The Nickelodeon-branded game -- which is marketed to children age 6 and older, according to the box -- includes playing cards in its "Truth or Dare" category with questions such as, "Have you ever gone outside without underwear? (A bathing suit doesn't count.)" and "Have you ever been arrested?"

After parents began voicing their concerns about the game on social media, JoJo spoke out to assure her fans she was "really upset" about the game's content and was working to remove it from stores.

"Over the weekend, it has been brought to my attention by my fans and followers on TikTok that my name and my image have been used to promote this board game that has some really inappropriate content," JoJo said in the video. "When I first saw this, I was really, really, really upset at how gross these questions were, and so I brought it to Nickelodeon's attention immediately and since then they have been working to get this game stopped being made and also pulled from all shelves wherever its being sold."

"I hope you all know that I would have never ever, ever approved or agreed to be associated with this game if I would have seen these cards before they started selling it," JoJo added.

Heather Watson, a mother who bought the game for her young daughter for Christmas, shared photos of the controversial playing cards in a Facebook post Friday, saying the game "belongs in the trash."

After JoJo's response Monday, Watson posted a video on TikTok with her daughter thanking the teen star for "taking care of this," adding that the response "made her (daughter's) day."

Nickelodeon and Spin Master, which manufactured the game, released a joint statement to CNN on Monday confirming that the game is being pulled from shelves.

"We respect and value the relationship JoJo Siwa has with her fans and take the concerns raised regarding the game 'JoJo's Juice' very seriously," the statement read. "This game is no longer being manufactured and we have requested that retailers pull any remaining product from their shelves."