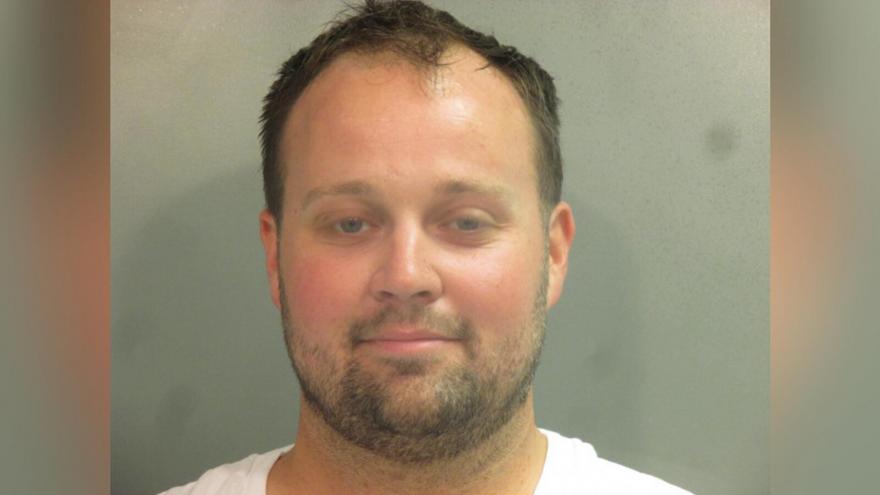 Former reality TV star Joshua Duggar filed a motion Tuesday asking that he be released from jail on bail and allowed to return home as he awaits trial for child pornography charges.

(CNN) -- Former reality TV star Joshua Duggar filed a motion Tuesday asking that he be released from jail on bail and allowed to return home as he awaits trial for child pornography charges.

The motion says that since the federal search, Duggar, his pregnant wife, and six children have continued living in Arkansas "and, through legal counsel Duggar has maintained an open dialogue with the U.S. Attorney's Office in connection with this investigation."

A detention hearing is set for Wednesday afternoon.

Duggar was arrested on April 29 and arraigned on April 30 on federal charges of receipt and possession of child pornography, according to the US Attorney's Office in the Western District of Arkansas. He allegedly downloaded material that depicted the sexual abuse of children under the age of 12, the US attorney's office said in a statement. He has pleaded not guilty to the two charges.

He is the oldest son of Michelle and Jim Bob Duggar, whose large family and devout conservative Christian upbringing were the subject of the TLC show "19 Kids and Counting." The show was canceled in 2015 in the wake of allegations that Josh Duggar molested girls when he was a teenager. He was never charged in relation to those allegations.

That same year, Duggar admitted that he had used Ashley Madison, a website designed to help married people cheat on their spouses, after his name was released when the website was hacked.

According to the his motion, Duggar voluntarily surrendered to authorities and has "complied precisely as directed — underscoring his commitment to meet these charges and to accept and abide by any conditions of release set by this Court."

The motion claims Duggar poses no threat to a person in the community and is not a flight risk due to his "deep roots" in his community.

In response to the conditions of potential release outlined by Judge Erin L. Wiedemann during the April 30 arraignment, the motion says Duggar "has provided this Court's Office of Pretrial Services the name and contact information of a third-party custodian with whom Duggar can reside. No minor children reside in that home."

The trial is currently scheduled for July 6, Wiedemann said.

Jim Bob and Michelle Duggar posted a statement on their family website about the "very serious accusations" their son is facing.

"We appreciate your continued prayers for our family at this time. The accusations brought against Joshua today are very serious. It is our prayer that the truth, no matter what it is, will come to light, and that this will all be resolved in a timely manner. We love Josh and Anna and continue to pray for their family," they said.