Journalist among at least 10 killed in Nicaragua protests 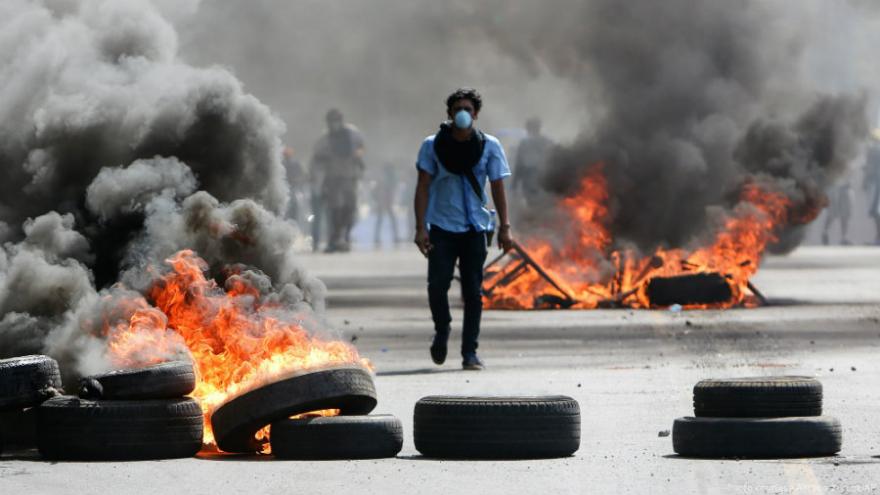 Demonstrators in Managua threw rocks and set fires in unrest that started Wednesday, and police responded with tear gas and rubber bullets.

The government said Friday night it's opening talks with the protesters, according to El 19 Digital. President Daniel Ortega was scheduled to speak Saturday afternoon.

"Our representatives are ready to go back to the discussion table," Ortega said. He said the government is open to adjust, reform, or even create a new decree if necessary. The most important thing, he said, is reaching that new deal by consensus.

A journalist who was covering the protests was among those killed, El 19 Digital reported.

"The young journalist was covering Saturday night vandalism and criminal acts when these murderers put an end to his life after shooting him in the head," El 19 Digital said on its website.

The protests, which have included pensioners and students, weren't limited to Managua and were reported in other places outside the capital. Several television stations were taken off the air as the government tried to stem the demonstrations.

The UN Human Rights Office condemned the violence against protesters, whom the vice president had compared earlier to "vampires" who "feed off blood and they think that with this, they'll achieve advances in their political agenda."

Nicaragua "needs to comply with their international obligations to guarantee that people are able to freely express their rights of freedom of expression and freedom to peacefully assemble," UN Human Rights Office spokeswoman Liz Throssell said in a statement.

The government approved the changes Wednesday in an effort to stop the widening deficit in the social security system.