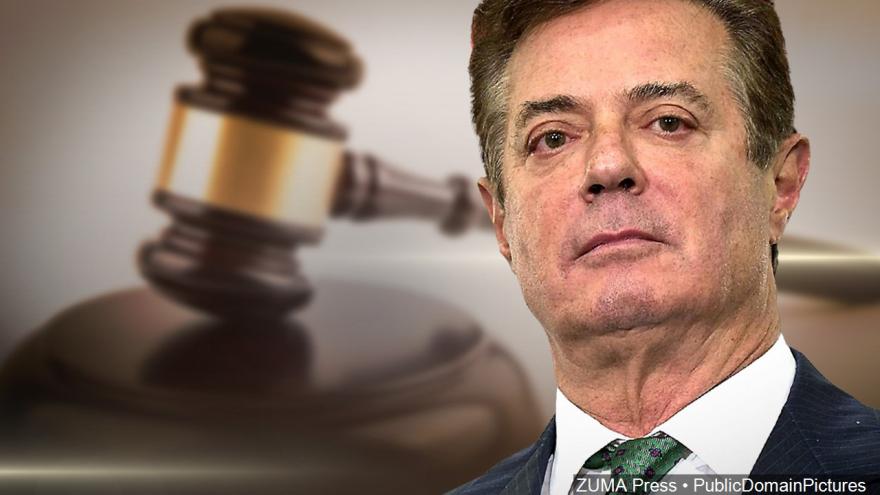 The four-page ruling hurts Manafort's chance of receiving a reduced sentence, though Jackson said she would decide the exact impact during his sentencing next month. It also resolves a dispute that had provided new insight into how Mueller views Manafort's actions as part of the broader probe of Russian election interference and any possible coordination with Trump associates.

Prosecutors have made clear that they remain deeply interested in Manafort's interactions with a man the FBI says has ties to Russian intelligence. But it's unclear exactly what has drawn their attention and whether it relates to election interference because much of the dispute has played out in secret court hearings and blacked out court filings.

In her ruling Wednesday, Jackson provided few new details as she found there was sufficient evidence to say Manafort broke the terms of his plea agreement by lying about three of five matters that prosecutors had singled out. The ruling was largely a rejection of Manafort's attorneys' argument that he hadn't intentionally misled investigators but rather forgot some details until his memory was refreshed.

The judge found that Manafort did mislead the FBI, prosecutors and a federal grand jury about his interactions with Konstantin Kilimnik, the co-defendant who the FBI says has ties to Russian intelligence. Prosecutors had accused Manafort of lying about several discussions the two men had including about a possible peace plan to resolve the Russia-Ukraine conflict in Crimea.

During a sealed hearing last week, Mueller prosecutor Andrew Weissmann said one of the discussions— an Aug. 2, 2016, meeting at the Grand Havana Club cigar bar in New York— went to the "larger view of what we think is going on" and what "we think the motive here is."

"This goes, I think, very much to the heart of what the Special Counsel's Office is investigating," Weissmann said, according to a redacted transcript of the hearing. He added: "That meeting and what happened at that meeting is of significance to the special counsel."

The meeting occurred while Manafort was still in a high-ranking role in the Trump campaign. Rick Gates, Manafort's longtime deputy and also a Trump campaign aide, attended. And prosecutors say the three men left separately so as not to draw attention to their meeting.

Weissmann said investigators were also interested in several other meetings between Kilimnik and Manafort including when Kilimnik traveled to Washington for Trump's inauguration in January 2017. And Manafort's attorneys accidentally revealed weeks ago that prosecutors believe Manafort shared polling data with Kilimnik during the 2016 presidential campaign.

On Wednesday, Jackson found that in addition to his interactions with Kilimnik, there was sufficient evidence that Manafort had lied about a payment to a law firm representing him and about an undisclosed Justice Department investigation.

But she found there wasn't enough evidence to back up two other allegations. The judge said prosecutors failed to show Manafort intentionally lied about Kilimnik's role in witness tampering or about Manafort's contacts with the Trump administration in 2017 and 2018.

Kilimnik, who lives in Russia, was charged alongside Manafort with conspiracy and obstruction of justice. He has yet to appear in a U.S. court to face the charges.

Manafort's sentencing is set for March 13. He faces up to five years in prison on two felony charges stemming from illegal lobbying he performed on behalf of Ukrainian political interests.

Separately, he faces the possibility of a decade in prison in a federal case in Virginia where he was convicted last year of tax and bank fraud crimes. Sentencing in that case was delayed pending Jackson's ruling in the plea-deal dispute.