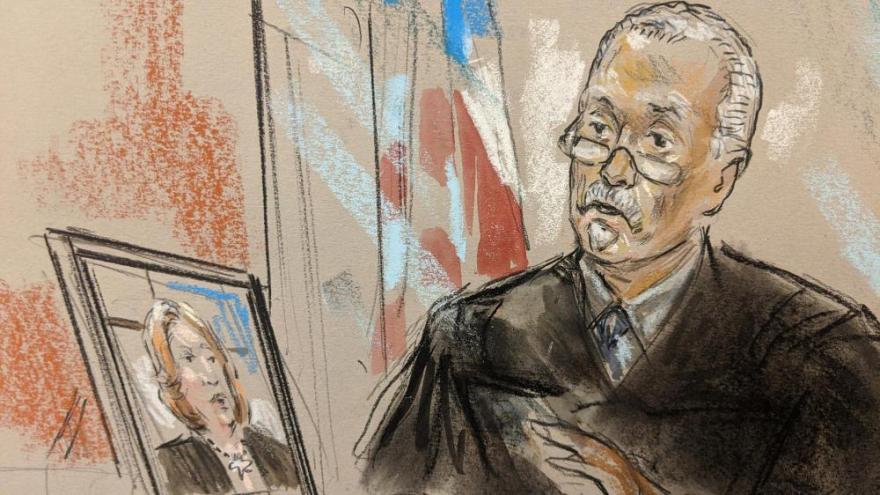 Judge Emmet Sullivan and Michael Flynn attorney Sidney Powell during a hearing in September 2020. The judge formally dismissed the Michael Flynn case after a pardon from President Donald Trump.

After lying to the FBI and to members of Trump's administration in early 2017, Flynn lost his job as national security adviser, setting in motion a series of events that led to Trump firing FBI Director James Comey and the appointment of special counsel Robert Mueller to investigate Russian interference in the election and the President obstructing justice.

In December 2017, Flynn became one of the most significant and earliest defendants to plead guilty and cooperate in the Mueller investigation. Earlier this year, Flynn -- represented by a new set of lawyers, including Sidney Powell -- and the Justice Department attempted to undo his guilty plea in court.

The case often has fueled Trump's smears of Mueller's investigation as a "witch hunt," leading to the eventual pardon last month.

The Justice Department has argued to Sullivan that Trump's pardon excuses Flynn from being held in contempt by the court, for admitting under oath that he is guilty of his crimes and, later, claiming he is innocent. Sullivan previously explored the possibility of a contempt proceeding as he weighed the DOJ's request to dismiss the case and whether he still had the power to sentence Flynn.

Trump's order pardoning Flynn says the former general and intelligence official is forgiven of lying to the FBI; covering up his secret lobbying for Turkey; and any more charges "that might arise" related to his admissions or to the Mueller investigation.

Though it's not necessary following a pardon, the Justice Department still asked the judge to dismiss Flynn's case -- doubling down on one of the most controversial and political decisions made by Attorney General William Barr.

Typically, pardons are giving by presidents to defendants who serve their time and accepted the responsibility for their crime.

Flynn has done neither. He avoided being sentenced in 2018 and again in 2019, has engaged in the QAnon conspiracy movement and has backed Trump's attempt to overthrow the electoral vote.