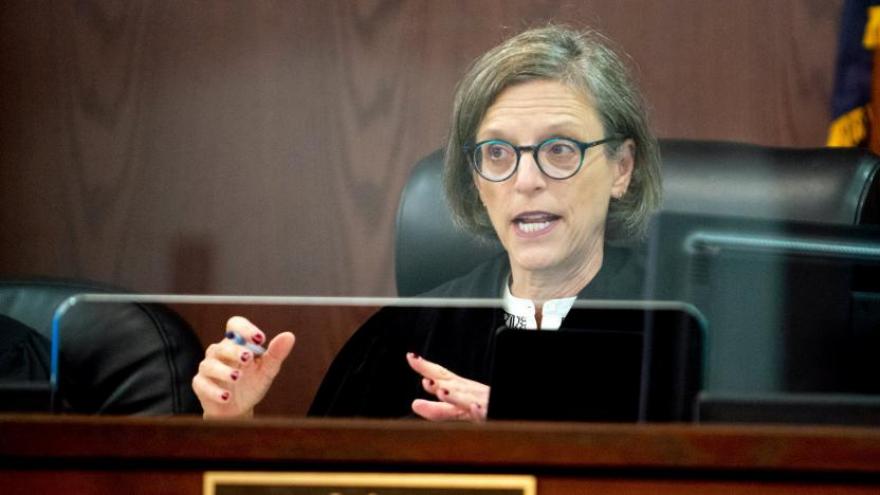 A federal judge has given final approval of a $626 million settlement for people affected by the Flint water crisis, according to court documents filed Wednesday.

(CNN) -- A federal judge has given final approval of a $626 million settlement for people affected by the Flint water crisis, according to court documents filed Wednesday.

US District Judge Judith E. Levy wrote in her order the settlement is a "remarkable achievement for many reasons" and said it "sets forth a comprehensive compensation program and timeline that is consistent for every qualifying participant."

A order regarding payment of attorneys' fees will be issued separately, Levy wrote.

The details of the settlement, which is expected to provide compensation to "tens of thousands of people who were impacted by exposure to lead, legionella, and other contaminants from the City of Flint's municipal water supply system," were first made public in August 2020.

At the time, the interim co-lead counsel for victims of the crisis said in a news release the settlement was "the result of 5 years of litigation and 18 months of court supervised negotiations," adding that "Interim Co-lead Counsel will continue to pursue claims against the remaining defendants on behalf of certain residents and local businesses in the City of Flint harmed by the water crisis."

Flint declared a state of emergency over the water crisis in 2015, a little more than a month after the Environmental Protection Agency published a report saying it had found dangerous levels of lead -- which can affect the heart, kidneys and nerves -- in the water flowing into residents' homes.

Dozens of lawsuits, including class-action cases, were filed against Michigan and the city of Flint, with many cases emphasizing the youngest victims -- the children whose exposure to lead and toxins could lead to neurological disorders and learning disabilities, among other conditions.

A focus on younger victims

The settlement will establish a court-monitored victims compensation fund that will provide direct payments to Flint residents -- with nearly 80% of the money going to those who were younger than 18 at the time of the crisis, according to the terms of the settlement. Minors who were 6 years old or younger will receive the biggest share.

In addition, $35 million will be set aside for "future minor claimants" to accommodate children who did not file claims immediately, according to the court documents.

These children will be given the opportunity to file a settlement claim before they turn 19 years old, subject to available funds.

"This distribution recognizes that those who were exposed to contaminated Flint Water at a younger age will experience the more harm than older people," Levy wrote.

Levy noted that the defendants participating in the settlement do not include all individuals involved in litigation regarding the water crisis, so the settlement is "only a partial settlement of the Flint Water cases."

About $600 million of the $626 million settlement will be paid by the state of Michigan and other defendants associated with state agencies, making it "one of the largest settlements in the State's history," Levy wrote.

The remaining portions will be split between the city of Flint and its associated defendants, McLaren Healthcare, and Rowe Professional Services Company, the order states.