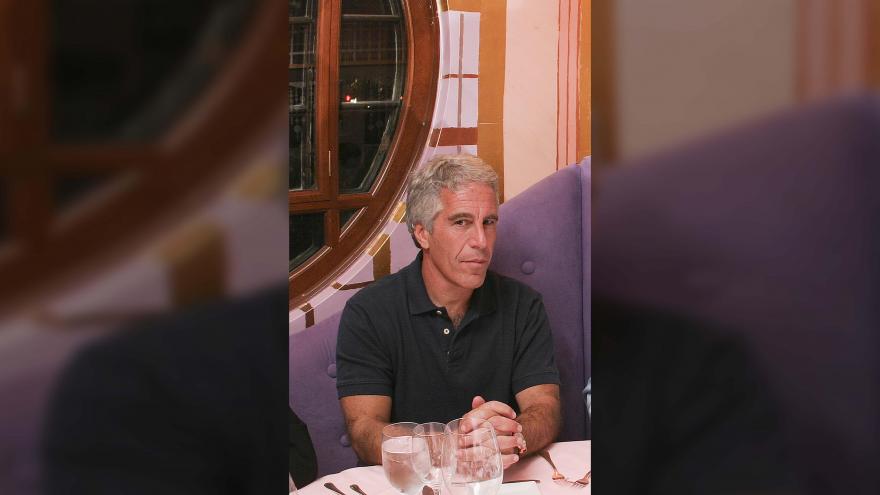 (CNN) -- A federal judge on Thursday ordered Jeffrey Epstein, who is accused of sexually abusing dozens of underage girls, to remain in jail pending trial, rejecting the multimillionaire's request to return to his Upper East Side mansion under supervision.

In a court hearing, US District Court Judge Richard Berman described Epstein's proposed bail package -- which would have allowed him to return home accompanied by armed guards and a live-in, court-appointed trustee -- as "irretrievably inadequate." He said Epstein was both a danger to the community and a flight risk.

"Mr. Epstein's alleged excessive attraction to sexual conduct with or in the presence of minor girls -- which is said to include his soliciting and receiving massages from young girls and young women perhaps as many as four times a day," the judge wrote in a 33-page decision filed with the court, "appears likely to be uncontrollable."

Among the most important influences in the judge's decision to deny bail, he wrote, were the victims of Epstein's alleged crimes, including two who "movingly" testified at one of the bail hearings, telling the court they feared his release would result in their harassment and abuse. "The court is also concerned for new victims," the judge added.

An attorney for Epstein, Martin Weinberg, didn't respond to a request for comment regarding the judge's order.

Epstein, 66, had asked the judge to allow him to live in his mansion, one of the largest residences in Manhattan, under the supervision of armed private security and a court-appointed, live-in trustee who would monitor his compliance with bail conditions.

The judge, however, dismissed that proposal as "unacceptably vague" in its description of the trustee role, potentially burdensome to the court by raising questions such as "the level of force that may be used to secure the Defendant" during home detention and undermined by what the judge described as Epstein's failure to provide a complete picture of his personal finances.

In denying Epstein bail, the judge agreed with the determination by prosecutors from the Manhattan US Attorney's office that Epstein would likely flee the country if released from jail, even under house arrest.

The judge wrote that several factors made Epstein "a 'classic' flight risk." His "significant" wealth and resources, including his ownership of a private jet; his limited family ties in the United States; and the potential 45-year prison sentence he faces if convicted "provide incentive, motive and wherewithal to flee," the judge wrote.

Among the evidence presented by the government that appeared to sway the judge were items prosecutors have said were recovered from a locked safe in Epstein's home: more than $70,000 in cash, 48 loose diamonds and a foreign passport, now expired, displaying Epstein's photograph and a different name.

In addition, the judge noted, Epstein's "vast wealth and influential contacts have provided him with the means to pay individuals to assist him in unlawful endeavors, including potentially fleeing the jurisdiction."

Epstein is currently being held at the Metropolitan Correctional Center, a federal detention facility where he is being kept in isolation, according to one of his lawyers.

He is accused of having paid girls as young as 14 to have sex with him at his Upper East Side home and his estate in Palm Beach, Florida, between 2002 and 2005. Prosecutors say he used employees and associates to lure the girls to his residences, and then paid some of his victims to recruit other girls for him to abuse.

The charges by New York federal prosecutors, unsealed earlier this month, came more than a decade after Epstein faced similar accusations in Florida. In 2007, he signed a plea deal with prosecutors in Miami that allowed him to avoid federal charges and instead plead guilty to lesser state prostitution charges.

In asking for bail, Epstein's attorneys had touted his "spotless 14-year record" with "meticulous obedience" to the law since he pleaded guilty and was required to register as a sex offender. But New York federal prosecutors and the judge questioned his behavior in recent years, pointing in particular to what prosecutors described as "a vast trove of lewd photographs of young-looking women or girls" that agents found during a search of Epstein's Manhattan home in the hours following his arrest on July 6.

The judge also cited recent reports that an attorney representing several women who say they were sexually abused by Epstein accused him of having "improper sexual contact" while serving his jail sentence more than a decade ago. The attorney also alleged that Epstein had inappropriate contact with some women as recently as 2011.

Throughout the opinion, though, the judge appeared to return to one consideration above all others, describing it in court as "the heart of this decision:" the well-being of the people Epstein is accused of abusing and of his potential future victims.

"I am not suggesting that a different bail package would be appropriate," the judge told the court Thursday, "because I doubt that any bail package can overcome danger to the community."

Most Americans will need a new ID to fly, starting in October