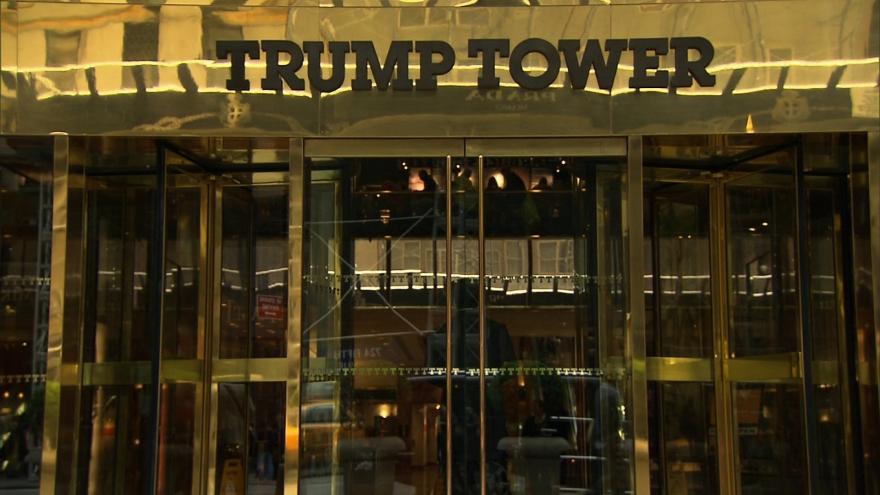 (CNN) -- A New York judge on Friday ordered President Donald Trump to provide video testimony as part of an upcoming lawsuit brought by protesters who say they were assaulted by Trump's security guards during a 2015 protest outside of Trump Tower.

Judge Doris M. Gonzalez wrote in her ruling that Trump's testimony is "indispensable" to the trial and so he must provide video testimony before the trial is set to begin Thursday. The Washington Post first reported the judge's ruling.

The trial centers around a protest in September 2015 in front of Trump Tower in New York City where two protesters wore parody Ku Klux Klan outfits to protest Trump's rhetoric on illegal immigration, according to the initial court filing.

The lawsuit brought by five men who describe themselves in a complaint as "human rights activists" alleges that Trump's head of security, Keith Schiller, hit a protester, Efrain Galicia, in the head after Galicia tried to stop Schiller from taking their large cardboard signs, which read, "Trump: Make America Racist Again." The filing says that when Galicia tried to hold onto one of the signs, Schiller ripped it away from him, tearing it to pieces.

When Galicia tried to prevent Schiller from taking another sign, he says Schiller hit him with "a closed fist on the head with such force it caused (him) to stumble backwards."

In his sworn testimony, Schiller claims the protesters and their banners were a threat to public safety because they would have impeded an ambulance from responding to an emergency in the building. Schiller says Galicia grabbed him from behind prompting him to swing around and hit the protester with his "open hand." Schiller says he believed the Galicia was attempting to grab his gun and thus used the "minimal amount of force to get him off of my firearm and off of my body."

Ben Dictor, an attorney for the plaintiffs, told CNN "the court got it right. It's long been held that a plaintiff has a right to an adverse party's testimony at trial."

Gonzalez ordered Trump to provide his video testimony before the trial begins Thursday. Dictor said he has sent a letter to Trump's legal team asking them to provide potential times and dates for him to give the deposition.

Schiller said in his deposition that Trump was inside Trump Tower the day of the protest and was giving a press conference when the demonstration started. The plaintiffs argue the President had control over his security's actions because they are his employees, even if Trump himself did not order them to act.

The Trump campaign declined to comment Saturday, and CNN has reached out to the President's attorneys for comment.

In a separate filing, Trump's attorneys characterized the plaintiffs' motivations as political and argued that "Trump did not strike or touch any of the plaintiffs or take plaintiffs' sign from them. In fact, the President was not even in the vicinity" of the incident outside of Trump Tower.

Gonzalez soundly rejected that argument Friday, writing that "no government official, including the Executive, is above the law."

"More than 200 years ago our founders sought to escape an oppressive, tyrannical governance in which absolute power vested with a monarch. A fear of the recurrence of tyranny birthed our three-branch government adorned with checks and balances," Gonzalez wrote.

Schiller's ties to Trump date back to the President's time as a private citizen and television personality. After his inauguration, Trump tapped Schiller as director of Oval Office operations, a position he left in September 2017.

Schiller was hired by the Republican National Committee after leaving the White House to advise on security for the 2020 convention.

Protests outside different Trump properties became increasingly frequent during the 2016 presidential campaign as Trump successfully navigated a crowded GOP primary and ultimately the general election. Trump repeatedly praised the use of violence against protesters who interrupted his campaign events or rallies ahead of his inauguration in January 2017.