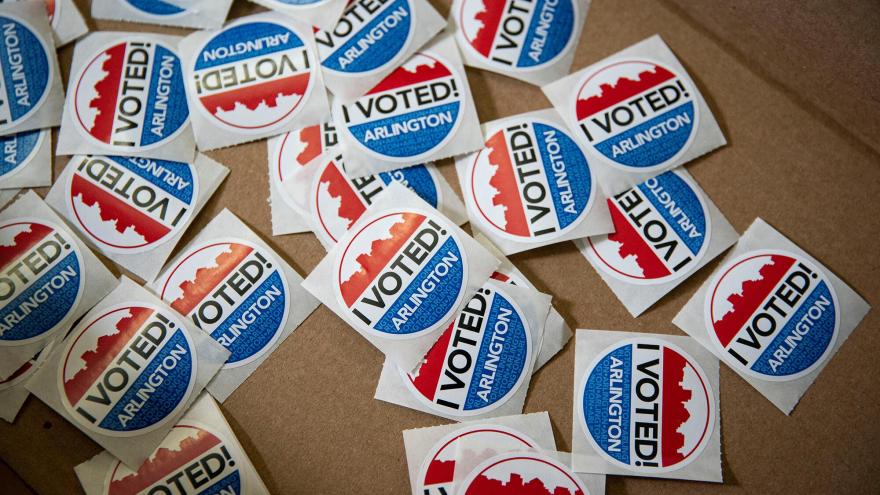 (CNN) -- A federal judge in Virginia on Wednesday re-opened voter registration in the state through Thursday after a computer outage took down the system on Tuesday, the deadline to register.

"You can't go back in time and register people," Gibney said. Absent his intervention, "Almost an entire day of voter registration will be lost."

The computer outage was caused when a construction crew hit a fiber data line during their work. For much of the day Tuesday, visitors to the state portal were met with this message: "Due to a network outage the Citizen Portal is temporarily unavailable."

The state board of elections and Department of Elections supported a petition filed by the New Virginia Majority Education Fund and other groups to extend the deadline by 48 hours.

Virginia Governor Ralph Northam, a Democrat, said his office had looked at the options but was not allowed to unilaterally extend the voting deadline.

"That deadline is set in our code and it does not appear that I have the authority to change it," he said Tuesday afternoon, adding he would "support a court-ordered extension of the deadline."

At the court hearing, attorneys for the state agreed to publicize the extension to ensure voters are aware. They also agreed to notify local election registrars who handle in-person registrations.

"If we have problems with local registrars who decide that this order does not require them to allow additional registration, you have my phone," Gibney told the parties. "I will give them a suggestion."