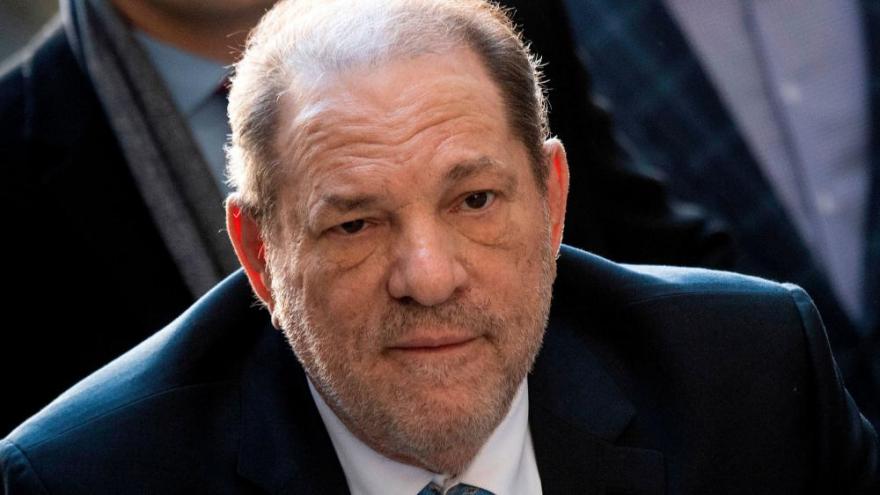 Harvey Weinstein is serving 23 years in prison in New York.

(CNN) -- A federal judge in New York has rejected a proposed $19 million settlement for the women who accused former movie mogul Harvey Weinstein of sexual abuse and harassment.

The office of New York Attorney General Letitia James said in a statement that it will "review the decision and determine next steps."

"Our office has been fighting tirelessly to provide these brave women with the justice they are owed and will continue to do so," James' spokeswoman Kelly Donnelly said.

The settlement stems from a 2018 civil rights lawsuit filed by the attorney general's office against Weinstein, Robert Weinstein and the Weinstein companies at large for "egregious violations of New York's civil rights, human rights, and business laws."

Douglas H. Wigdor, an attorney for several of the Weinstein accusers, said, "We have been saying for over a year and a half that the settlement terms and conditions were unfair and should never be imposed on sexual assault survivors.

"We were surprised that class counsel and the New York Attorney General did not recognize this fact but are pleased that Judge Hellerstein swiftly rejected the one-sided proposal," he added. "On behalf of our clients, we look forward to pursuing justice against Harvey Weinstein and his many enablers."

In a statement, Weinstein's attorney, Imran Ansari, said his client's "current and future financial state is far from healthy."

"The practical reality is that outside the settlement the plaintiffs face an uncertain financial recovery, with The Weinstein Company bankrupt, and Mr. Weinstein defending legal matters, facing debt and judgments, frozen assets, and a line of creditors looking for compensation," Ansari said. "Not only has his personal liberty been taken from him, but his financial liberty as well."

Attorneys for several of the accusers filed a 36-page brief Monday asking the court to oppose the request for preliminary approval of the civil class settlement announced in early July.

Wigdor and attorneys Kevin Mintzer and Bryan Arbeit in a statement called the proposal "the most one-sided and unfair settlement we have ever seen proposed to a court.

"Under no set of circumstances should the uber-wealthy former directors, including Harvey and Bob Weinstein, receive more money than a class of rape and sexual assault survivors."

The statement added, "Equally reprehensible are the millions of dollars going to lawyers, corporations and famous actors at the expense of the survivors, while the insurance companies pay pennies on the dollar and Harvey Weinstein himself pays nothing. The efforts being made to prevent women from continuing with their litigation and holding those responsible for their trauma accountable are simply unprecedented. We are heartened by the growing opposition to this settlement and are hopeful that it will be rejected."

The attorneys have said they disagreed with the settlement and considered it deeply unfair for several reasons, including that Weinsten does not accept responsibility for his actions.

Under the plan, a $18,875,000 victims' compensation fund would have been created and distributed among "women who experienced a hostile work environment, sexual harassment, and gender-based discrimination while working at The Weinstein Company, as well as sexual abuse by Harvey Weinstein," the attorney general's office said.

As part of the agreement, survivors also would be released from confidentiality, non-disclosure, or non-disparagement agreements with The Weinstein Company or any of the former representatives of the company related to any sexual misconduct by Weinstein. They would be free to tell their stories without fear of retribution, prosecutors said.

Ansari said earlier this month that Weinstein "remains intently focused in defending himself on all remaining legal matters, including the appeal of his criminal conviction, civil lawsuits, and the charges filed against him in LA."

Weinstein is serving 23 years in prison in New York after being convicted of committing a criminal sex act in the first degree and rape in the third degree. He's facing several charges in Los Angeles, including forcible rape, sexual penetration by use of force, and sexual battery. Weinstein has denied the allegations.

The Weinstein case fueled the global #MeToo movement and encouraged women to speak out against sexual abuse.