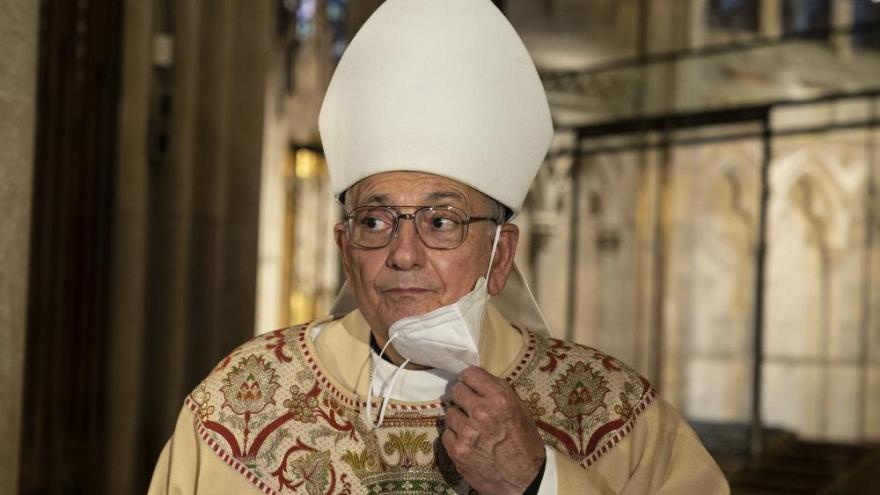 (CNN) -- An Eastern District of New York judge has denied a motion by the Roman Catholic Diocese of Brooklyn seeking a preliminary injunction to reopen dozens of churches across New York City's Queens and Brooklyn boroughs.

Governor Andrew Cuomo ordered congregations in Covid-19 hotspots to reduce in-person capacity in early October, after cases began to bubble up in parts of the state. The diocese filed a complaint last Thursday, arguing that the executive order infringed on its First Amendment right to freely exercise its faith.

Bishop Nicholas DiMarzio said in a statement that the diocese would "continue to advocate for places of worship to be classified as essential, for there is nothing more necessary today than a community of believers, united in prayer, asking the Lord to end this pandemic."

The Diocese of Brooklyn has 26 churches in the state's "red" and "orange" zones. Houses of worship in red zones must limit in-person attendance to either a quarter of maximum occupancy or 10 people. Orange zones may have 33 percent, or 25 people.

In his statement, the bishop said that the diocese would voluntarily continue to keep its churches in red zones closed, "because we never want to turn away worshippers."

In his ruling, U.S. District Judge Nicholas Garaufis praised the diocese's response to the pandemic, including shutting down its churches during the initial virus wave, ahead of the state's order, and delaying reopening.

But if the new order were not enforced, "the enormity of the potential harm to the entire public, including to the parishioners of the 26 relevant churches, is overwhelming," Garaufis said in his ruling.

The order has been contentious for religious groups. Last Friday, another federal judge ruled against an Orthodox Jewish group that was also seeking a temporary restraining order against the governor's order.

Cuomo's office did not respond to CNN's requests for comment.