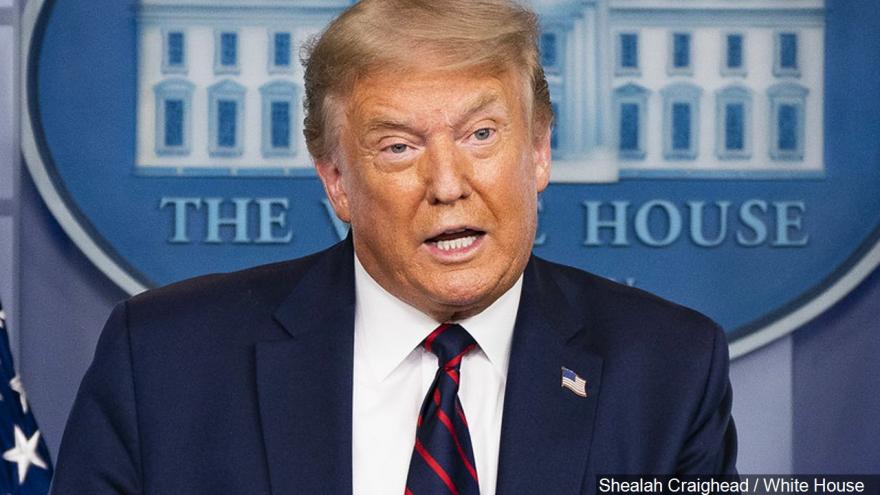 (CNN) -- A federal judge on Thursday sided with New York state prosecutors who are attempting to get access to President Donald Trump's accounting records for a grand jury investigation.

The ruling by US District Judge Victor Marrero follows a landmark Supreme Court decision this summer and subsequent arguments from Trump that he has presidential immunity from such an inquiry.

"Justice requires an end to this controversy," Marrero wrote.

Manhattan District Attorney Cyrus Vance's office has been examining whether Trump or the Trump Organization violated state laws in connection with hush money payments made to women alleging affairs with Trump. The investigation has also looked into whether business records filed with the state were falsified and if any tax laws were violated, CNN has reported.

Trump had sued Vance to stop the grand jury subpoena of his longtime accounting firm Mazars USA for years of his records. But the judge said the case was no longer valid and should be tossed from court.

Vance's office has said it seeks the accounting records for an investigation into the Trump Organization that spans years, and includes looking into the hush money payments that former Trump attorney Michael Cohen secured for women during the 2016 campaign. The women alleged they had affairs with Trump, which Trump denies. Cohen had also publicly accused Trump of inflating his assets to banks and insurers, and the district attorney has interviewed Cohen.

Trump had claimed the state grand jury's subpoena was too broad and that he should be protected from criminal investigation as President with sweeping immunity. Marrero called that argument "as unprecedented and far-reaching as it is perilous to the rule of law and other bedrock constitutional principles on which this country was founded and by which it continues to be governed."