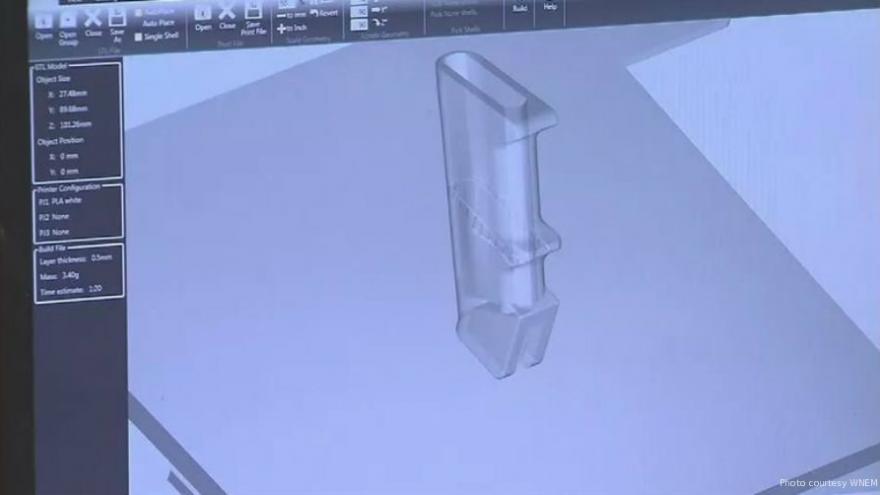 People across the country will not only be able to own a gun, but they will have the ability to build it from scratch. All folks will need is a 3D printer.

Beginning Aug. 1 that will be the nation’s new reality.

“This is something we do not need in society right now. Not now, not ever,” said Rosalind Clark-Stewart, resident.

Anyone can simply go online, find a 3D plan for a gun and print it off on their 3D printer.

“To make a law that says you can’t make something or pass on how to make something, that would be hard to do,” said Glenn Duncan, owner of Duncan’s Outdoor Shop.

In 2013, a man named Cody Wilson posted plans for a 3D printed handgun online. The government ordered him to take it down. A court fight ensued and ultimately, they settled the case saying he could publish his plans online.

Duncan said it’s the same thing as a “how to” book.

The printed guns will not have serial numbers and will be untraceable. Because they will be made out of plastic they could get through metal detectors as well.

“I think this is very frightening. I think this should not be permitted,” Clark-Stewart said.

Like many gun issues, the jury is still out on what’s right or wrong.

“Do we wanna give up rights? That’s gonna be a big battle,” Duncan said.