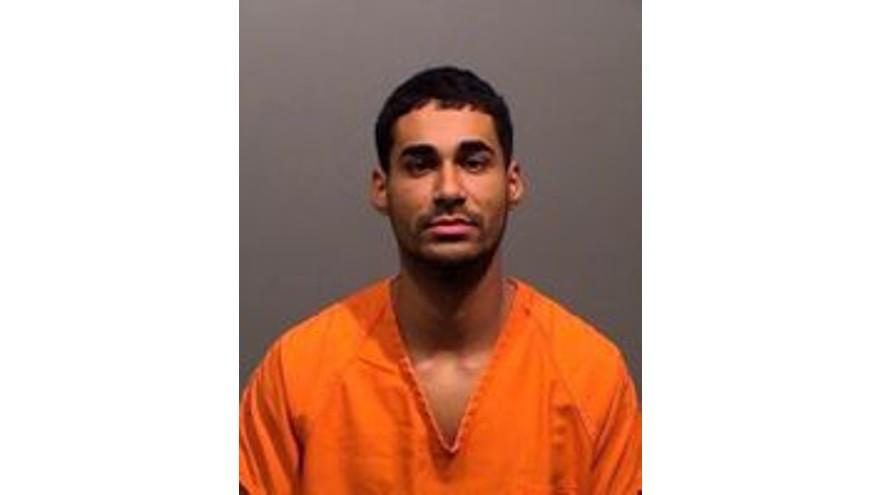 A Colorado district attorney is asking a judge to reduce the sentence for Rogel Aguilera-Mederos, a trucker convicted in an interstate wreck that killed four people, from 110 years to 20-30 years.

(CNN) -- A district court judge in Colorado has scheduled a hearing for January 13 to reconsider the 110-year sentence of Rogel Aguilera-Mederos, a truck driver who was convicted in an interstate wreck that killed four people.

At a status hearing on Monday, Judge A. Bruce Jones sought to resolve procedural questions given the unprecedented nature of the case, in which the prosecution initiated the request for a lower sentence, rather than the defense.

The case has drawn national attention because of the sentence's length. Jones said he was forced to give the 110-year sentence because of state sentencing guidelines.

At the Monday hearing, both the prosecution and defense said they want to ensure any resentencing decisions don't interfere with the defendant's right to appeal. The judge is giving the attorneys time to research procedural questions to ensure proper steps are taken in the right order.

The January 13 hearing is scheduled to take place in person, and Jones said he prefers Aguilera-Mederos appear at the hearing but does not want him to testify.

However, Jones will allow victims' family members to testify or submit their testimony in writing. He will also allow anyone who wants to submit something in writing on the defendant's behalf to do so.

"I'm concerned about turning this thing into a circus, and it will not be a circus as far as I'm concerned," Jones said Monday.

King is asking the court to consider a range of 20-30 years "based on the facts of this case and input from the victims and their families," King has previously said in a statement.

"The defendant caused the death of four people, serious bodily injury to others, and the impact of his truck caused damage to many more in our community," King continued. "Knowing all of that, my office started the resentencing process the same week the defendant was sentenced, so that the court could consider an alternative sentence that was not bound by mandatory sentencing structures."

Four people were killed in the interstate crash

Aguilera-Mederos was driving 85 mph in a semi tractor-trailer in April 2019 when his brakes failed, he told investigators at the time. He crashed, causing a fiery 28-car pileup on I-70 that killed four people and injured others, the Lakewood Police Department said at the time.

Aguilera-Mederos, 26, was found guilty in October of four counts of vehicular homicide and 23 other charges after the incident.

The 110-year sentence, which was handed down December 13, has drawn scrutiny, and nearly five million people have signed a petition asking Gov. Jared Polis to reduce Aguilera-Mederos' sentence or grant clemency.

Kim Kardashian West, who's been active in criminal justice issues, posted a series of tweets about the case on Tuesday and ended by saying that Polis "is a really good person and I know he will do the right thing."

Duane Bailey, the brother of William Bailey, told CNN recently that he and others met with Polis.

"We told him we thought he should stay out of it honestly until the court proceeding has been done," Duane Bailey said. "For the governor to get involved before that process would be inappropriate."

"The law doesn't really distinguish between people like Mr. Mederos, who is not a danger to society, and other people that are sentenced to life that are a danger to society. And I think that the law needs to make those kinds of exceptions," James Colgan, the attorney, said on CNN's "New Day."