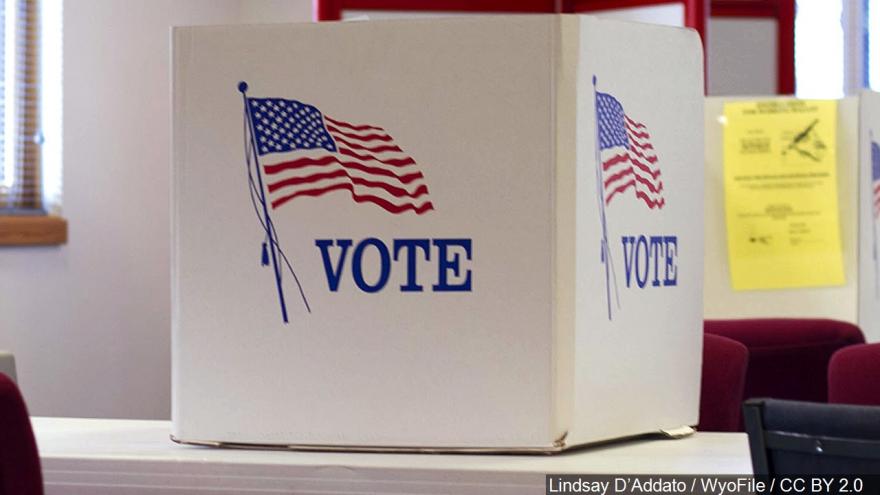 (CNN) -- A Michigan Court of Claims judge on Tuesday struck down Secretary of State Jocelyn Benson's directive that sought to ban the open carry of firearms at polling places on Election Day.

Judge Christopher Murray granted the pro-gun-rights groups who filed the lawsuit a preliminary injunction, effectively reversing Benson's October 16 order and eliminating a universal ban on the open carry of firearms at or within 100 feet of polling locations or absentee counting boards on Election Day.

Buildings like churches or schools that already have open carry restrictions will continue to have them.

Murray wrote that he ruled against the directive because it was not issued in accordance with the Administrative Procedures Act, which governs how new rules are made.

"The main issue as the Court sees it is the allegation that the directive violates the APA because it is a rule that was not promulgated through the act's procedures," Murray wrote.

Murray pointed out that the directive goes beyond existing state law about where the open carry of firearms is banned, and therefore is a rule that needed to go through the rule-making process of the law.

"A directive that is inconsistent with the law is not a directive but a rule requiring promulgation under the APA," Murray wrote.

Although Murray acknowledged that Benson has supervisory responsibilities over the administration of elections, the secretary of state "does not address the legal issue of whether the directive must meet the requirements of the APA."

Michigan Attorney General Dana Nessel's press secretary Ryan Jarvi said in a statement after the ruling was announced that "we intend to immediately appeal the judge's decision as this issue is of significant public interest and importance to our election process."

The decision to strike down Benson's directive banning the open carry of guns came the same day that the Detroit branch of the NAACP announced that it has poll workers embedded across Wayne County, where Detroit is located, and a war room of attorneys ready to call out voter intimidation and potential threats of violence.

"This is no game and we are not playing," said the Rev. Wendell Anthony, president of the Detroit branch of the NAACP.

Speaking about the potential threats of violence on Election Day, Anthony added, "We will oppose any voting suppression tactics used against the people of Detroit. Further, we will take to court and prosecute any individuals that we identify in violation of state and federal laws regarding our right to vote."

Prior to the ruling, law enforcement officials across the state had questioned Benson's directive.

Executive Director of the Michigan Association of Chiefs of Police Bob Stevenson previously told CNN that he believed the directive as it stood could not be enforced.

"As it stands right now, no, the directive cannot be enforced. And we say that based upon the fact that it's an administrative directive," Stevenson said. "I'm hoping and hopeful that the courts will resolve this for us."

Executive Director of Michigan Sheriffs Association Matt Saxton had also raised questions to CNN about the directive, saying that there is "some concern" about whether law enforcement had the ability to enforce it.

"There is no law against open carry in the state of Michigan on the books," Saxton told CNN.

Saxton said his team is advising the 83 local sheriffs across the state to work with their local prosecutors and local clerks to ensure the safety of everyone on Election Day.