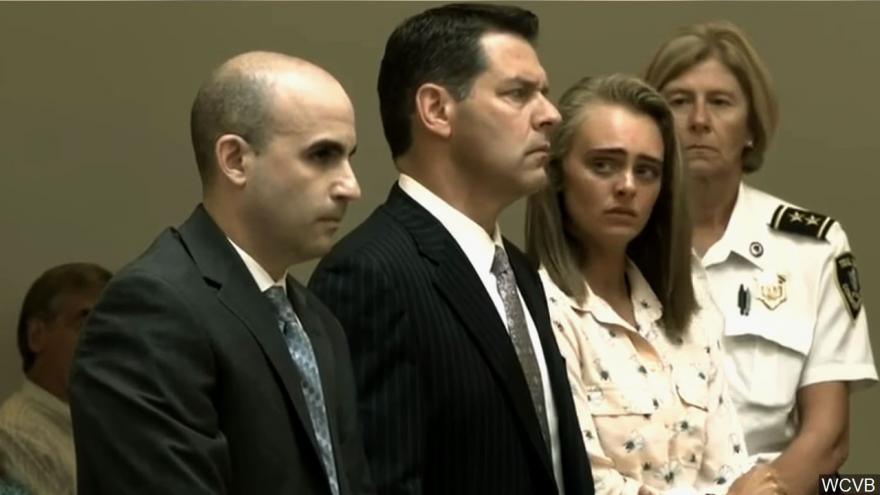 BOSTON (AP) — A young woman who as a teenager encouraged her boyfriend through dozens of text messages to kill himself is responsible for his suicide, Massachusetts highest court ruled Wednesday in upholding her involuntary manslaughter conviction.

The Supreme Judicial Court said in a unanimous decision in the novel case that Michelle Carter's actions caused Conrad Roy III to die in a truck filled with toxic gas in a deserted parking lot nearly five years ago.

"After she convinced him to get back into the carbon monoxide filled truck, she did absolutely nothing to help him: she did not call for help or tell him to get out of the truck as she listened to him choke and die," Justice Scott Kafker wrote.

Carter's lawyers said in an email they are disappointed in the ruling and will consider appealing to the U.S. Supreme Court, among other legal options. Carter, now 22, was sentenced to 15 months in jail, but has remained free while she pursues her appeals.

"Today's decision stretches the law to assign blame for a tragedy that was not a crime. It has very troubling implications, for free speech, due process, and the exercise of prosecutorial discretion, that should concern us all," her attorneys said.

A spokesman for the Bristol County District Attorney's office said it will file a motion in the coming days asking the trial court to impose Carter's jail sentence now that the state high court has ruled.

"This case is a tragedy for all of the people impacted by this case," District Attorney Thomas Quinn III said in a statement. "However, as the court found in two separate decisions, her conduct was wanton and reckless, and caused the death of Conrad Roy," he said.

Carter and Roy both lived in Massachusetts but met in Florida in 2012 while both were on vacation with their families. Their relationship consisted mainly of texting and other electronic communications. Both teens struggled with depression. Carter had also been treated for anorexia, and Roy had made earlier suicide attempts.

Carter was 17 when Roy, 18, took his own life in Fairhaven, a town on Massachusetts' south coast in July 2014. Her case raised thorny legal questions about free speech and provided a disturbing look at teenage depression and suicide.

"I thought you wanted to do this. The time is right and you're ready — just do it babe," Carter wrote in one message.

"You're finally going to be happy in heaven. No more pain. It's okay to be scared and it's normal. I mean, you're about to die," she wrote in another.

The juvenile court judge who convicted Carter in 2017 said she caused Roy's death when she told him to get back in after he climbed out of his truck as it was filling with carbon monoxide, telling her he was scared. The judge said Carter had a duty to call the police or Roy's family when she knew he was killing himself.

Carter's lawyers told the Supreme Judicial Court the only evidence Carter instructed Roy to get back in the truck was a long, rambling text she sent to a friend two months later in which she called Roy's death her fault.

They also argued she can't be convicted because of her words alone, noting she wasn't with him when he killed himself and didn't provide him with the means to do it. Her attorney said during the hearing in October that there was no evidence it would have made a difference if she had called for help, arguing she didn't even know where his truck was parked.

"We can all see from the text messages that Michelle Carter did not force Conrad Roy to kill himself," Attorney Daniel Marx said at the time.

But the court rejected Carter's argument that she's being punished for protected free speech. The justices said Carter preyed upon Roy's "well-known weaknesses, fears anxieties and promises" and overcame the "mentally ill, vulnerable" young man's will to live.

"We are therefore not punishing words alone, as the defendant claims, but reckless or wanton words causing death," Kafker wrote in the ruling.