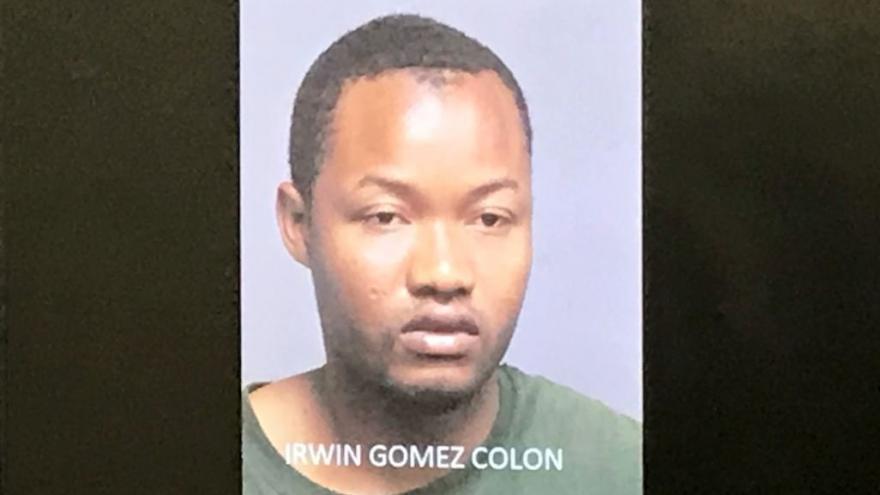 GRETNA, LA (WGNO) -- A Terrytown man has been convicted of strangling and stabbing his neighbor during a fatal attack that matched his alleged past history of brutal rapes during the month of April.

Gomez-Colon lived in an apartment near Rodriguez’s in the 2100 block of Empire Place.

On April 22, 2017, Gomez-Colon attacked Rodriguez, stabbing her two dozen times in the back as she tried to escape, according to the Jefferson Parish District Attorney’s Office.

Police later found a bloody fingerprint left by Rodriguez on the door of her apartment.

A used condom containing Gomez-Colon’s DNA was also found in a puddle of blood next to Rodriguez’s body, and more of her blood was found on the kitchen countertop and sink of Rodriguez’s apartment.

This indicated to investigators that Gomez-Colon attempted to clean up the crime scene.

Gomez-Colon was arrested two days after the murder.

At the time of his arrest, he was suffering from two stab wounds on his right shoulder and cuts indicative of a slippage wound on his right hand that investigators believe happened when he stabbed Rodriguez.

During the trial, the jury was presented evidence that Gomez-Colon had been arrested for the rapes of three other women that occurerd during the month of April in the three previous years, but he had never been prosecuted.

Those three other alleged attacks occurred in Houston in April 2014, New Orleans in April 2015, and Jacksonville, Florida, in April 2016.

The jury heard from those three victims during the trial, and all three victims testified that Gomez-Colon attacked and strangled them in a similar manner to the attack that killed Rodriguez.

It took jurors about one hour to return a guilty conviction.

Gomez-Colon will be sentenced on January 6.