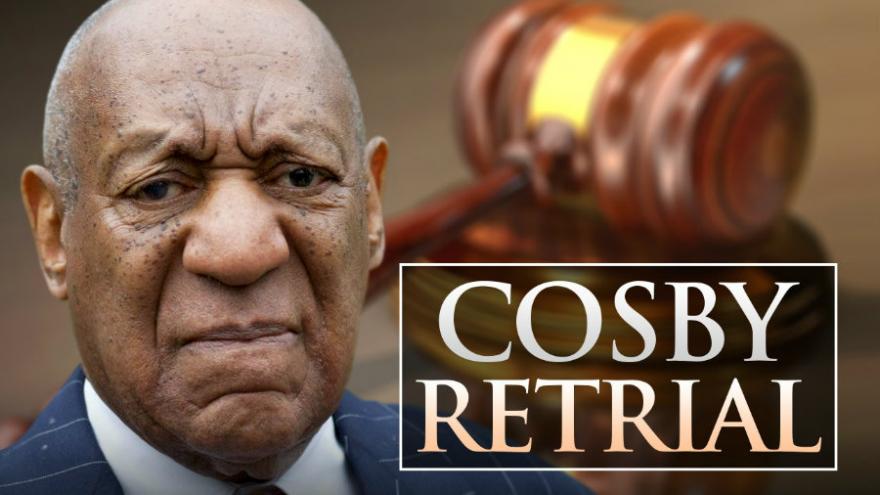 The jury deliberated for 10½ hours before Montgomery County, Pennsylvania, court Judge Steven O'Neill excused them for the day.

During deliberations, the jury asked O'Neill to read back parts of Cosby's testimony in a 2005 deposition from a civil suit by accuser Andrea Constand and testimony from key defense witness, Margo Jackson, who was Constand's former co-worker at Temple University.

Jurors also asked a series of questions, including one that goes to the heart of the case against the former TV icon: "What is the legal definition of consent?"

That key question came around 1 p.m., less than two hours after the 12-person jury began deliberating the case. Cosby is on trial on three counts of aggravated indecent assault.

O'Neill told the jurors he could not answer the question.

"The jury will decide what consent means to them," he said.

The case against Cosby centers on testimony from Constand, a former employee with Temple University women's basketball team. She testified that Cosby, a powerful trustee at Temple, drugged her and sexually assaulted her when she visited his home to ask for career advice in a Philadelphia suburb in January 2004.

Cosby's defense team has argued that their interaction was consensual. Constand is a con artist, they argued, who wanted a piece of Cosby's fortune.

The case is the first celebrity sexual assault trial since the #MeToo movement began last fall, and as such, it represents a test of how the cultural movement will translate into a courtroom arena. In closing arguments, defense attorney Kathleen Bliss positioned Cosby's legal team as standing up against "witch hunts, lynchings (and) McCarthyism."

The portions O'Neill read back included Cosby's reference to having a romantic interest in Constand from the first time he saw her, his descriptions of Constand coming to his house, and his descriptions of initialing the sexual contact with her, including graphic details of that contact.

Cosby described the encounter as consensual and said when Constand told him to stop, he did, according to the testimony in the deposition.

O'Neill also read back Cosby's account of giving Quaaludes to a woman in Las Vegas and his admission that he procured Quaaludes for women he wanted to have sex with.

O'Neill will start reading back Jackson's testimony Thursday morning. Jackson testified that Constand said in 2004 that she could fabricate sexual assault claims against a celebrity for financial gain.

Last year, a different jury could not come to a unanimous verdict on any of these three charges for Cosby, leading O'Neill to declare a mistrial.

The jury is made up of seven men and five women and they have been sequestered in a hotel during the trial's two weeks of testimony. One man and one woman are African-American, and the rest appear to be white.

Cosby, 80, faces up to 10 years in prison on each count if convicted.

The case has little forensic evidence and has largely consisted of the "he said-she said" arguments common to sexual assault cases.

Constand testified that Cosby offered her wine and three blue pills, saying "these are your friends, they will take the edge off." She began to slur her words and feel woozy, she testified, and then became unable to move.

"The next thing I recall is, um, I was kind of jolted awake, and felt Mr. Cosby on the couch beside me, behind me, and my vagina was being penetrated quite forcefully," Constand testified. "I felt my breasts being touched, and he took my hand and placed my hand on his penis and masturbated himself with my hand. And I was not able to do a thing to fight back."

Cosby did not testify in his own defense during the trial, but he said in a 2005-2006 civil deposition with Constand that their sexual activity was consensual.

His defense attorneys have sharply criticized Constand in an attempt to undermine her credibility. They argued she was a "con artist" and a liar who was obsessed with Cosby's fame and money.

"You're going to be saying to yourself, 'What does she want from Bill Cosby?' and you already know. Money, money and lots more money," Mesereau said in opening statements. "She was madly in love with his fame and money."

In addition, five other women testified that Cosby drugged and assaulted them in previous incidents. Prosecutors said these "prior bad acts" witnesses proved that Cosby's actions toward Constand were part of a pattern of behavior and were not a one-time mistake.