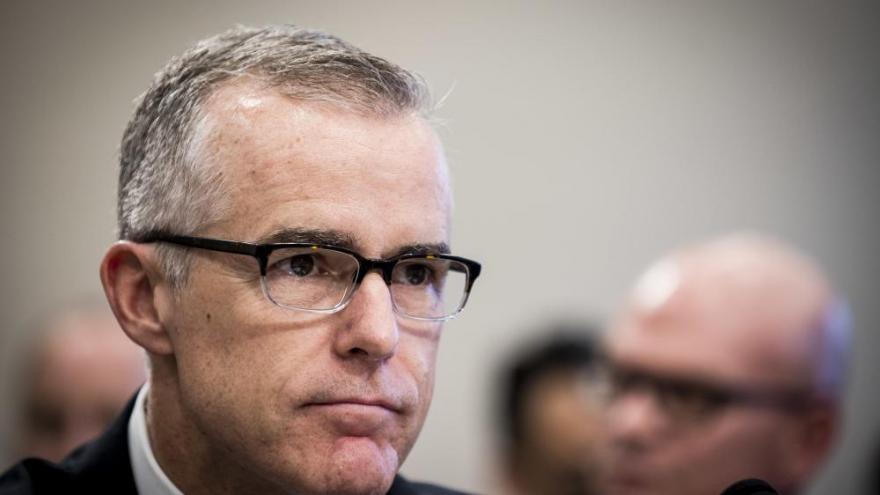 McCabe's attorneys received a letter from the US Attorney's Office in DC on Friday announcing the declination.

"We write to inform you that, after careful consideration, the Government has decided not to pursue criminal charges against your client, Andrew G. McCabe, arising from the referral" made by the Inspector General's office to investigate his behavior, the DC US Attorney's Office wrote. McCabe's attorneys released the letter on Friday.

"To have this horrific black cloud that's been hanging over me and my family for almost the last two years, to have that finally lifted... it's a relief that I'm not sure I can really explain to you adequately. It's just a very emotional moment for my whole family," McCabe told CNN's Brianna Keilar on Friday.

Despite saying he was happy with the conclusion, McCabe called it an "absolute disgrace" that the DOJ and US attorney's office took two years before they "finally drew the obvious conclusion."

McCabe, who is a CNN contributor, has been perceived by President Donald Trump as one of his foes for his work on the early Russia investigation for the FBI.

And the US Attorney in DC has been under fire this week following the Justice Department forcing the office to lessen the sentencing recommendation for Trump confidant Roger Stone after the President tweeted that the department's treatment of his friend was unfair.

McCabe has found himself a target of investigators and Republicans, including Trump, since 2016, when he authorized a leak to a then-Wall Street Journal reporter about a conversation he had endorsing the investigation of the Clinton Foundation. The Justice Department's independent inspector general, who looked into the incident, found McCabe had lacked candor on four occasions when he spoke to investigators about the leak. The inspector general then referred the matter to the FBI.