Justice Department limits use of chokeholds and 'no-knock' warrants 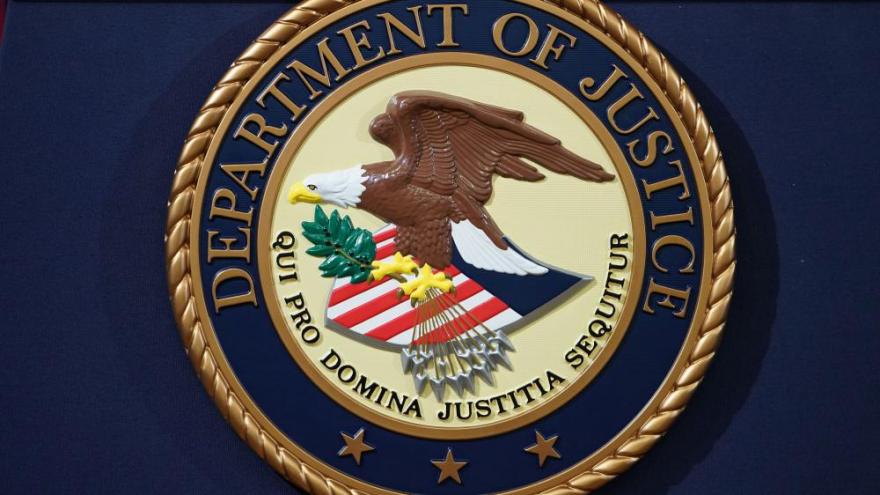 The Department of Justice announces Tuesday it is limiting the use of chokeholds and 'no-knock' warrants.

(CNN) -- Federal law enforcement officers will be banned from using neck restraints during arrests and using no-knock entries while executing warrants except in rare cases, the Justice Department announced Tuesday.

Both the neck restraints and no-knock warrants have resulted in high-profile in-custody deaths in recent years that have spurred calls for those techniques to be banned outright.

The DOJ's policy change Tuesday bans both chokeholds and "carotid restraints" except in cases where officers are authorized to use deadly force. In those cases, an agent would still be able to apply pressure to someone's neck or carotid artery to restrict airflow or blood.

While the memo is directed at federal law enforcement agencies and does not mention high-profile deaths of civilians who died by the hands of local police officers, the Justice Department acknowledged that "the use of certain physical restraint techniques -- namely chokeholds and carotid restraints -- by some law enforcement agencies to incapacitate a resisting suspect has too often led to tragedy."

The policy change affects federal agents, and local and state officers serving on federal task forces. Deputy Attorney General Lisa Monaco in a memo released Tuesday cited "the inherent dangerousness of chokeholds and carotid restraints," and said the DOJ relied on "feedback from our law enforcement components on these techniques."

Over the last two years, following the deaths of George Floyd and Breonna Taylor, departments have moved to ban or restrict neck restraints and no-knock warrants on their own. Some departments have had bans on chokeholds for years, because of the risk inherent to restricting someone's oxygen. It's common for departments to ban certain techniques, like chokeholds and carotid restraints, except in cases of deadly force.

Chuck Wexler, the director of the Police Executive Research Forum, a national police research and policy organization that advises police leaders on best practices, said Tuesday there was "no question" that the changes were good for the policing profession.

"(Police departments) have been grappling with these issues for a long time and have made changes," Wexler said. "It's interesting that the feds are making changes now, and that's good."

It has been longstanding Justice Department policy that law enforcement and correctional officers are allowed to use deadly physical force when necessary. Leaders for these federal law enforcement agencies, including task forces, were directed to inform personnel about the policy chance and to make sure it is appropriately incorporated into training.

Monaco has also directed DOJ to limit the use of "no knock" entries connected to the execution of a warrant.

"The policy does recognize, however, that there may be rare circumstances when there is justification -- other than physical safety -- to execute a 'no knock' entry," according to the memo.

If an agent has a reason to believe that announcing their presence at a suspect's home would create an imminent threat of physical violence to the agent and or another person, the agent must first get supervisory approval from both a federal prosecutor as well as the agent's law enforcement component.

Thor Eells, executive director of the National Tactical Officers Association, a nonprofit training resource, has long advocated for limiting no-knock warrants. He said it should be an option during warrant service, but only as a last resort after taking into consideration the risks of serving a warrant any other way.

"We did believe it was being over utilized as a matter of common practice, convenience, things of that nature," Eells said last week. "Given the high risk that's involved with that type of warrant service, we strongly discouraged this, without adequate risk assessment and risk mitigation protocols. And if in fact all those things had been done, and (no-knock) was still deemed to be the safest ... then certainly an agency would have to use that."

In June the DOJ directed the FBI, DEA, ATF, and the US Marshals Service to develop a body-worn camera policy for agents and task-force officers serving fugitive or search and seizure warrants. Earlier this month, the department announced the ATF in Phoenix and Detroit field divisions began wearing cameras during warrant service.