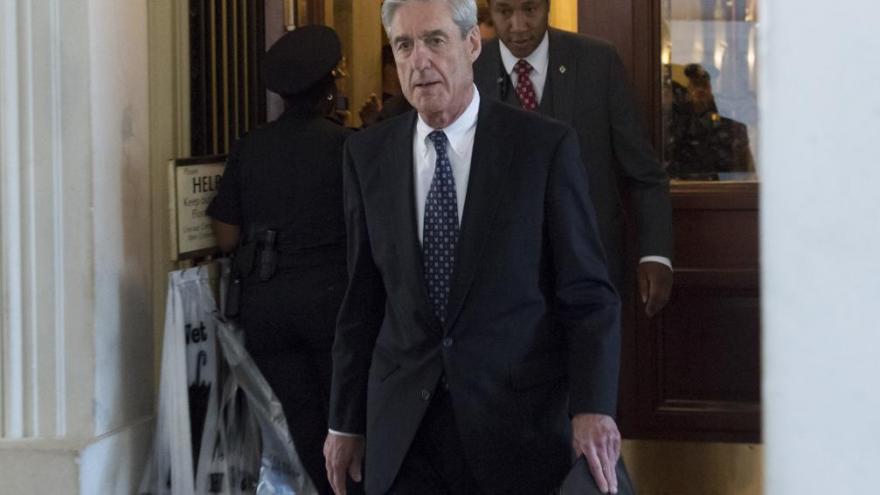 The Justice Department released another 218 pages of notes from major witness interviews conducted during former special counsel Robert Mueller's investigation, adding to the record what's known about the interviews with Trump campaign and administration officials.

The documents, obtained by CNN and BuzzFeed News in a lawsuit, include long-sought-after FBI memos, called 302s, from interviews with several witnesses, including former White House counsel Don McGahn.

House Democrats have long sought McGahn's comments on his interactions with President Donald Trump in the White House about Mueller and the Russia investigation, and the interview record released Friday appears to be the first time notes from McGahn's sessions with Mueller are public. Yet they are heavily redacted.

Several other interview memos released Friday keep confidential even the names of witnesses with whom Mueller's team spoke.

This is the seventh release of FBI memos released as part of the lawsuit.

Document releases related to Mueller's work have taken on new meaning in recent months, as Trump and Republicans have worked to undercut the special counsel's findings. Mueller -- through hundreds of witness interviews, subpoenas and other investigative steps -- extensively documented Russia's attempts to interfere with voters' perceptions in the 2016 election, the Trump campaign's receptiveness to Russia's smears of Trump's opponents and Trump's attempts to thwart the investigation after he became president.

The memos, called 302s by the FBI, were typed up by agents or prosecutors after they questioned each witness. The Justice Department has kept many of the memos heavily redacted as they continue to release them this year.