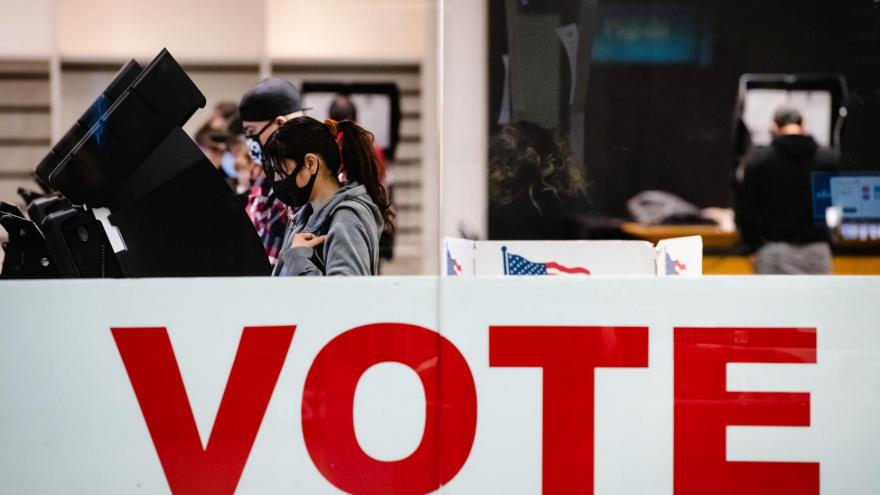 The lawsuit filed Thursday in federal court in San Antonio challenges the law known as SB1 passed earlier this year to overhaul election procedures in the state.

"Before SB 1, the State of Texas already imposed some of the strictest limitations in the nation on the right of certain citizens to voting assistance. SB 1 further, and impermissibly, restricts the core right to meaningful assistance in the voting booth," the Justice Department said.

The Texas law passed following a contentious debate in which some Democrats left the state to try to prevent its approval. It was among a spate of similar laws in Republican-run states aimed in response to false claims of widespread voter fraud in the 2020 election.

"It does make it easier than ever before for anybody to go cast a ballot. It does also, however, make sure it is harder than ever for people to cheat at the ballot box," Abbott said when he signed the law.

The lawsuit is the latest legal fight between the Biden Justice Department and Texas, which are battling in court over abortion rights, immigration enforcement and vaccine mandates.

The law introduced new mandates requiring Texans who vote by mail to provide either their driver's license number or the last four digits of their Social Security number twice: once on their absentee ballot application forms and once on the envelope in which they return their ballots.

Those numbers will then be matched against voters' records to confirm they are who they say they are -- a change from the current signature matching process.

Under the law, the Texas secretary of state's office is required to check monthly to make sure no one is on the state's voter rolls who said they were not a citizen when obtaining or renewing their driver's license or ID card.