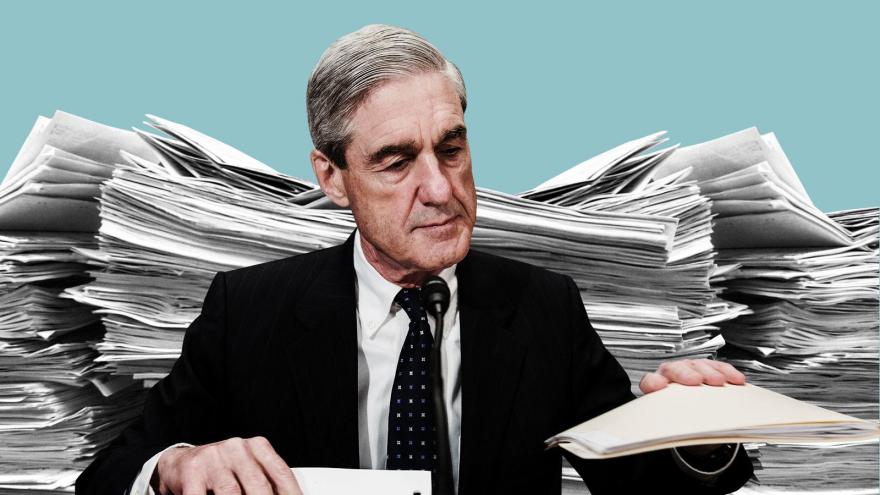 The Justice Department says it will release a less-redacted version of the Mueller Report, after being pressed for it in court.

(CNN) -- The Justice Department says it will release a less-redacted version of the Mueller Report no later than next Friday, after being pressed for it in court.

Prosecutors cited the sentencing of Roger Stone as reason for making more of Mueller's report public.

Large sections of the Mueller report had been redacted when it was released in April 2019 because Stone's criminal case was ongoing and a judge had placed a gag order over it to prevent spoiling his jury.

The Stone sections of the Mueller report are believed to be some of the most important documentation of the actions of the Trump campaign in 2016 -- and would flesh out the efforts and interests of campaign advisers and even Trump himself to gain access to damaging information about Hillary Clinton and Democrats that the Russians had stolen.

House Democrats have long questioned this exchange as potentially in conflict with what Trump told Mueller he remembered in written answers for the investigation.