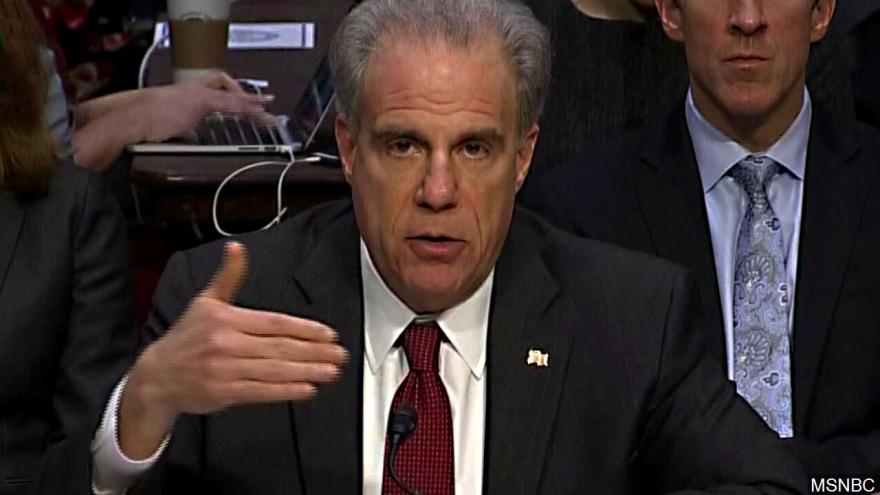 Inspector General Michael Horowitz told the Senate Judiciary Committee on Wednesday that the investigation is ongoing, and is broader than just Giuliani, but suggested his team was struggling to prove that there were illegal leaks.

Shortly before the election, Giuliani claimed that he heard about big problems coming soon for Democratic nominee Hillary Clinton. That was shortly before then-FBI Director James Comey announced he was reopening the criminal probe into Clinton's email server, which didn't lead to any criminal charges. The polls shifted after Comey's comments, and Clinton has said it was a main reason for her defeat.

Democratic Sen. Patrick Leahy of Vermont noted on Wednesday that Comey previously confirmed to him that the matter was under investigation, and asked Horowitz for an update about FBI "leaks to Rudolph Giuliani and others."

Horowitz replied, "we were very concerned about that," and he noted that he mentioned some of those potentially improper contacts in the report he put out last year reviewing the Clinton email probe.

"Subsequent to that report, and this continues to this day, we are investigating those contacts," Horowitz said. "We've issued a couple of public summaries so far about people we found violated FBI policy. We have other investigations ongoing that when we conclude it, we will also post summaries."

But Horowitz hinted that his team was struggling to prove that there were illegal leaks.

"What's proving to be very hard is to prove the actual substance of the communications between the agents and the reporter, or the individuals, but we can prove the contacts," Horowitz said. "Under FBI policy you need authorization if you're going to disclose information and have certain contacts."

Democrats accused Giuliani, who was previously the US attorney in Manhattan, of tapping his network of friends and contacts in law enforcement to get tips about Clinton, which he used to attack her in the press. Comey also raised this possibility in a closed-door deposition with House lawmakers last year, and confirmed that he launched the leak investigation before he was fired in May 2017.