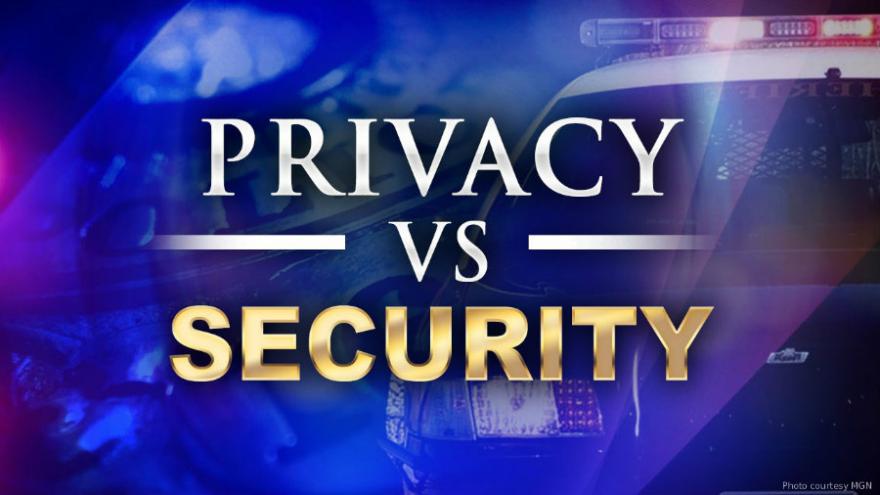 WASHINGTON (AP) — Police generally need a warrant to look at records that reveal where cellphone users have been, the Supreme Court ruled Friday in a big victory for privacy interests in the digital age.

The justices' 5-4 decision marks a big change in how police may obtain information that phone companies collect from the ubiquitous cellphone towers that allow people to make and receive calls, and transmit data. The information has become an important tool in criminal investigations.

Chief Justice John Roberts, joined by the court's four liberals, said cellphone location information "is detailed, encyclopedic and effortlessly compiled." Roberts wrote that "an individual maintains a legitimate expectation of privacy in the record of his physical movements" as they are captured by cellphone towers.

Roberts said the court's decision is limited to cellphone tracking information and does not affect other business records, including those held by banks. He also wrote that police still can respond to an emergency and obtain records without a warrant.

But the dissenting conservative justices, Anthony Kennedy, Samuel Alito, Clarence Thomas and Neil Gorsuch, cast doubt on Roberts' claim that the decision was limited. Each wrote a dissenting opinion and Kennedy said in his that the court's "new and uncharted course will inhibit law enforcement" and "keep defendants and judges guessing for years to come."

Roberts does not often line up with his liberal colleagues against a unified front of conservative justices, but digital-age privacy cases can cross ideological lines, as when the court unanimously said in 2014 that a warrant is needed before police can search the cellphone of someone they've just arrested.

The court ruled Friday in the case of Timothy Carpenter, who was sentenced to 116 years in prison for his role in a string of robberies of Radio Shack and T-Mobile stores in Michigan and Ohio. Cell tower records spanning 127 days, which investigators got without a warrant, bolstered the case against Carpenter.

Investigators obtained the records with a court order that requires a lower standard than the "probable cause" needed for a warrant. "Probable cause" requires strong evidence that a person has committed a crime.

The judge at Carpenter's trial refused to suppress the records, finding no warrant was needed, and a federal appeals court agreed. The Trump administration said the lower court decisions should be upheld.

"This is a groundbreaking victory for Americans' privacy rights in the digital age. The Supreme Court has given privacy law an update that it has badly needed for many years, finally bringing it in line with the realities of modern life," said ACLU attorney Nathan Freed Wessler, who argued the Supreme Court case in November.

The administration relied in part on a 1979 Supreme Court decision that treated phone records differently than the conversation in a phone call, for which a warrant generally is required.

The earlier case involved a single home telephone and the court said then that people had no expectation of privacy in the records of calls made and kept by the phone company.

"The government's position fails to contend with the seismic shifts in digital technology that made possible the tracking of not only Carpenter's location but also everyone else's, not for a short period but for years and years," Roberts wrote.

The court decided the 1979 case before the digital age, and even the law on which prosecutors relied to obtain an order for Carpenter's records dates from 1986, when few people had cellphones.

The Supreme Court in recent years has acknowledged technology's effects on privacy. In 2014, Roberts also wrote the opinion that police must generally get a warrant to search the cellphones of people they arrest. Other items people carry with them may be looked at without a warrant, after an arrest.

Roberts said then that a cellphone is almost "a feature of human anatomy." On Friday, he returned to the metaphor to note that a phone "faithfully follows its owner beyond public thoroughfares and into private residences, doctor's offices, political headquarters, and other potentially revealing locales."

As a result, he said, "when the government tracks the location of a cell phone it achieves near perfect surveillance, as if it had attached an ankle monitor to the phone's user."

Even with the court's ruling in Carpenter's favor, it's too soon to know whether he will benefit from Friday's decision, said Harold Gurewitz, Carpenter's lawyer in Detroit. The Cincinnati-based 6th U.S. Circuit Court of Appeals will have to evaluate whether the cellphone tracking records can still be used against Carpenter under the "good faith" exception for law enforcement — evidence should not necessarily be thrown out if authorities obtained it in a way they thought the law required. There also is other evidence implicating Carpenter that might be sufficient to sustain his conviction.