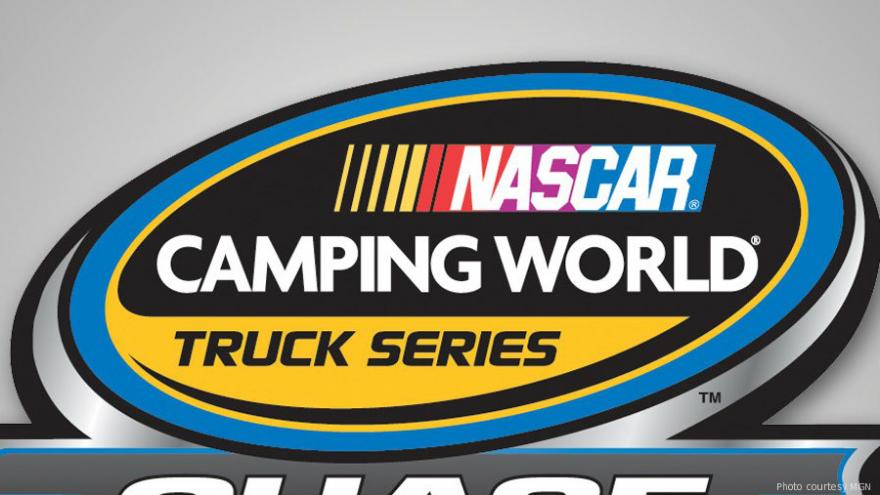 "I've been dreaming about this day since I was a little kid," Haley said.

The 19-year-old Haley, from Winamac, Indiana, took the lead when Kyle Busch Motorsports teammates Noah Gragson and Todd Gilliland made contact racing for the lead on a restart with seven laps to go.

Haley then held off GMS Racing teammate Johnny Sauter, a four-time winner season, on the final restart with two laps left, with Brett Moffitt spinning near the front of the field.

"I'm about to cry," Haley said. "I raced my heart out. That's what I've worked for my whole life.

"I'm pretty happy with where I finished," Gilliland said. "I guess I need to communicate better what I think I need for the race. The track just changes so much in these trucks compared to the K&N cars. It's just about keep bringing fast trucks to the racetrack every week and our finishing positions keep moving up. It's just about being there at the end."

Gragson ended up 10th after cutting a tire. He led the first 63 laps of the final stage.

Sauter increased his series lead to 73 points over Gragson.

Pole-sitter Grant Enfinger won the first 35-lap stage, and 17-year-old Christian Eckes took the second in his second series start. They each led from start to finish.

Eckes' race ended soon after the stage victory when Stewart Friesen lost grip, slid up the track and hit Eckes' Toyota, sending it into the outside wall.

Friesen was on the receiving end about 20 laps later when Sauter drifted up and spun him.

"Didn't mean to do that. Got loose," Sauter said on the radio.

The cars were stopped on the track with 41 laps to go to clean up fluid from John Hunter Nemechek's Chevrolet. Debris cut an oil line, with Tate Fogleman and Justin Fontaine sliding through the mess and crashing. Nemechek, the Gateway winner last year, was running second.